IntroductionChapter 1
What is blockchain?Chapter 2
How does blockchain work?Chapter 3
What does this mean for the recruitment industry?Chapter 4
Recruitment without the recruiter?Chapter 5
What do we know so far?

A Beginner's Guide to the Future of Hiring 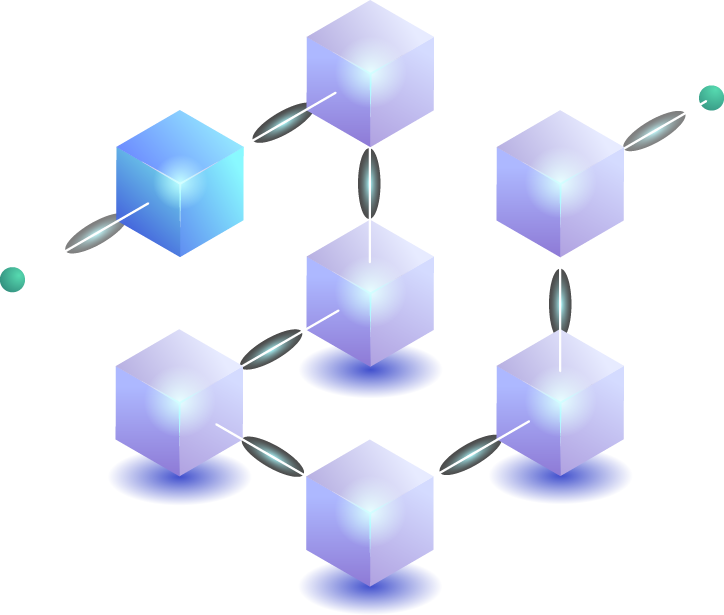 Everyone's talking about blockchain. Even though most of us might not know what it is...exactly.

But how is that "process" actually performing for you?

Companies across the business spectrum (not just finance!) are rushing to find ways to "harness the potential" of new and unfamiliar terms like "bitcoin", "cryptocurrency" and of course "blockchain". And yes, that includes HR and recruitment.
‍
Experts at last year’s Human Resource Executive's 20th Annual HR Technology Conference & Exposition in Las Vegas predicted that blockchain is going to fully arrive in the recruitment sector in less than two years.
‍
If you're wondering how blockchain might impact your life as a recruiter, we're here to help you make sense of it on a practical level.

What is blockchain? (And why should you care?)

Blockchain is being hailed as the 2nd generation internet.

But what exactly is it? A computer programme? A data storage facility? A virtual currency?

An incorruptible digital ledger of economic transactions that can be programmed to record not just financial transactions but virtually everything of value.

This means individual data like education and of course, employment history, can be stored and interacted with securely on a real-time digital ledger.

How does blockchain work?

What makes blockchain a game-changer is that it is completely decentralized and totally transparent.
‍
Any kind of information is held on a ledger across multiple locations rather than one single server or point of entry. And that's what keeps it safe from extreme events like power outages or (gulp) hackers. Experts are calling it the "technology of truth" because not only is blockchain secure, it's also completely fraud-proof.
‍
That's right. No more lying on resumes and job applications.
‍
The blockchain's decentralized structure makes it impossible to create a fake entry as any false info would be automatically rejected.

For the first time in human history people everywhere can trust each other and transact peer to peer and trust is established not by some big institution but by collaboration, cryptography and some clever code.

This is a pretty drastic switch up from the way most of today’s large institutions interact with us and out data. But the benefits for forward-looking HR and recruitment pros can be huge.

What does this mean for the recruitment industry?

That's interesting and everything, but what does this really mean for recruiters?
‍
Even though blockchain is still a baby, it’s potential to revolutionize the way we think about recruitment is already beginning to show.
‍
Consider this scenario. You've just found your perfect candidate and now you need to complete their referrals. Instead of chasing up old bosses or professors, you now have instant access to the candidate's complete, transparent work and educational history, and even performance reviews, all in one totally secure digital ledger.
‍
It's not hard to see how blockchain technology could save HR and recruitment pros a ton of valuable time.

Recruitment without the recruiter?

As with all things tech, the first thing we really want to know is, "Will this put me out of a job?".
‍
We're of the camp that believes that in most cases, technology makes humans more relevant, not less.

But let's get real. Technology this transformative will have an impact on your career as a recruiter. More specifically, blockchain experts predict that smart contracts will have the biggest impact on the role of the middleman in recruitment.

What are smart contracts?

Like a vending machine, smart contracts are created from any automated action that is initiated on the blockchain after certain criteria are met. You put something in, you get something out.
‍
This means transactions and workflows can be automatic, reducing the need for human input.
‍
For example, when onboarding a new employee, you and your IT department has to dole out various passcodes, payroll numbers, login credentials, etc. Plus, you have to go back and forth between various departments, documents and emails to collect and verify the info you need to complete the employee's profile and get them added into your system.
‍
The blockchain ledger will let you skip this process completely by instantly adding employee info that is totally accurate and transparent.

Here's how blockchain could disrupt recruitment:

Work is no longer limited to a single location. Global travel, the gig economy, and the rise of the on-demand talent economy have totally changed the way we work and a candidate's professional background is becoming increasingly tough to track and verify.
‍
But in the future of blockchain, this process can be completed in an instant.
‍
With blockchain technology, all our personal and professional information can be held on a one simple application, including anything and everything from previous addresses, social security number, employment history, education certificates, compensation data, visa status, and more. Basically, if you ever filled in a form field with it, you can find it on the blockchain.
‍
As soon as the hiring authority receives secure verification of the candidate's information submitted via blockchain (this happens in a blink of an eye), they can hire with the full confidence of knowing that 100% of the candidate's info is true and accurate.

Blockchain can also hold employment contracting info such as your electronic signature, payroll details, security access codes, performance reports and even psychometrics.
‍
In theory, a candidate could be employed immediately and even get their contract and payroll number assigned in an instant.
‍
For recruiters who thrive on the paperwork aspects of the business, this could spell trouble. But for those who want to eliminate the admin burden and focus on things like employer branding and improving communication with candidates, blockchain technology can seriously free up your time so you can focus on some of the more creative, high-value activities. 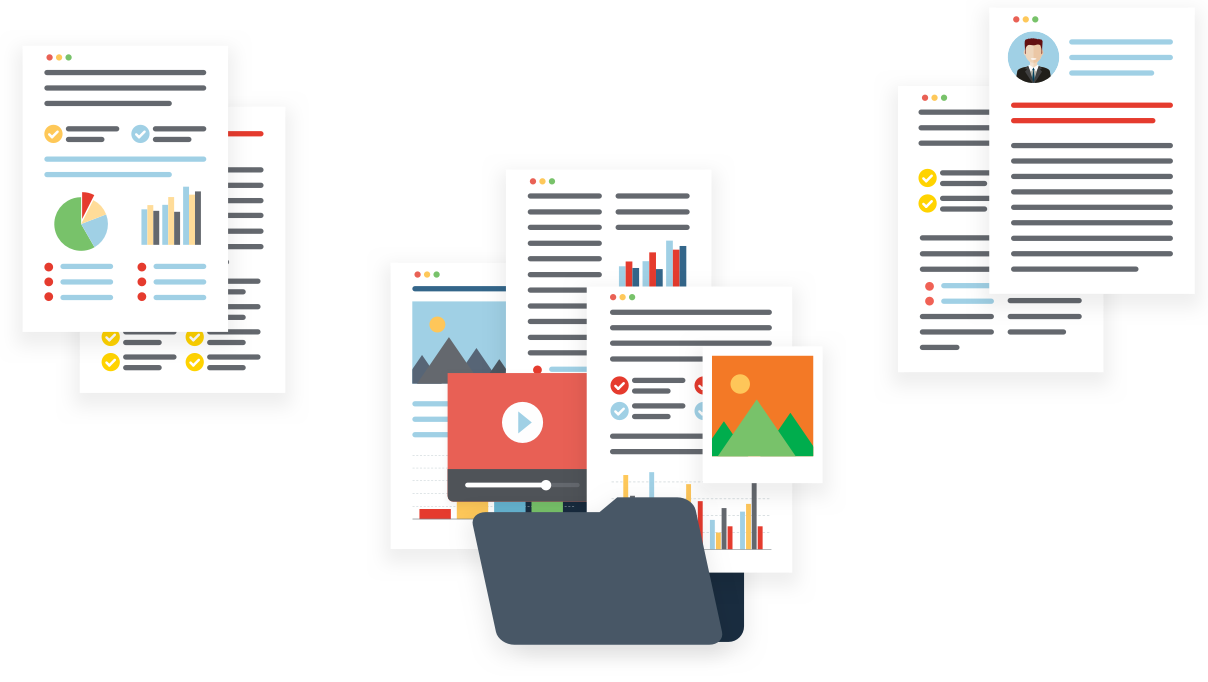 The End of the Traditional CV

Is blockchain going to kill the CV? There are two things to consider here.
‍
First, recruiters spend a lot of time and money using job boards to find CV’s. But these CV’s can be old and outdated or even falsified. Let's be honest, some are totally fake. It happens way more often than it should. Take, for instance, Scot Thomas, former CEO of Yahoo, who resigned shortly after being hired as he had lied on his CV about having a degree in computer science.
‍
Fraudulent education claims are an even bigger issue when companies operate across multiple locations worldwide. With a global workforce, many employees will have studied and worked in different countries, making it extremely difficult for recruiters to verify their qualifications, especially if it involves having to translate information.
‍
Second, candidates currently have zero control over their resumes and CV’s once they're posted to centralized job boards. But with blockchain in the mix, candidates can have full control over their info via centralized resume databases. Got a fancy new training certificate to show off? Candidates will be able to instantly update their credentials via a blockchain-backed cryptographic profile, which gets automatically updated throughout their career.
‍
A live, fully updated and completely validated CV? Sounds like a win for both recruiters and candidates.

One area where the middleman is pretty likely to be eliminated include job boards.
‍
There's still a lot of speculation and at this early stage, it's tough to tell exactly how this will play out but places that hoard data, such as large centralized social networks, could easily be disrupted by blockchain.
‍
Imagine a situation where, rather than paying a job board to access CV’s, you pay (the best) candidates directly in order to download their data or contact them. Those with the best resumes are rewarded with a micro-payment.
‍
This may sound super strange and transactional but by acknowledging a candidate's value you automatically create a more respectful, value-driven dialogue between you and them.

Information on the blockchain cannot be deleted.
‍
So what does this mean for GDRP compliance?
‍
According to Technojobs Director Anthony Sherick, “the platform will be able to retract candidate data.” So the GDPR's ‘right to be forgotten’ can still be applied, meaning that in most cases blockchain technologies will not automatically be considered GDPR compliant.

From a blockchain point of view, the GDPR is already out of date. Regulation plays catch-up with technology. The GDPR was written on the assumption that you have centralized services controlling access rights to the user’s data, which is the opposite of what a permissionless blockchain does.

Only time will tell how this plays out. In the meantime, be careful before adopting any new blockchain technology, and never assume it's compliant without first doing your due diligence.

What do we know so far?

Blockchain requires a major paradigm shift in thinking.
‍
For starters, it shows us that our data is safer existing across millions of computers than being housed in a single location. Not only that, we are now faced with a technology that can capture and verify our identity data in real-time and keep it safe.
‍
Unlike the current digital landscape, ownership over the virtual self is handed back to the individual, forcing both individuals and organizations to put transparency first. This makes blockchain extremely popular, particularly in an age where truth comes at a premium.

Here’s a quick sum up of everything we've learned so far about how blockchain can benefit recruiters:

The biggest question with blockchain is: How will you spend all the time you can win back?

What are the big picture initiatives you can drive and implement that really move the needle for your company. In age of blockchain, recruiters will be challenged to create more value than ever before. But they'll also have better tools to help make that happen.

Breezy HR is end-to-end recruiting software to help you attract & hire great employees with less effort. We believe HR should be fun, easy and most of all, human. 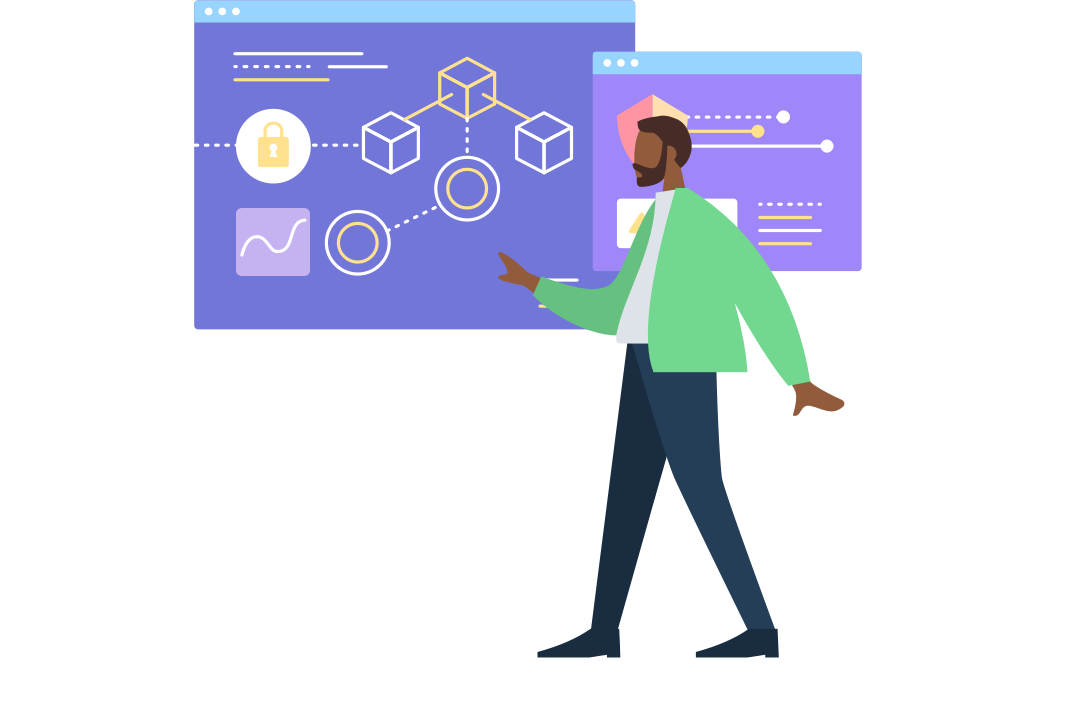