How to 5X Your Team in Just 3 Years—Interview with Gianluca Binelli, Booster Box 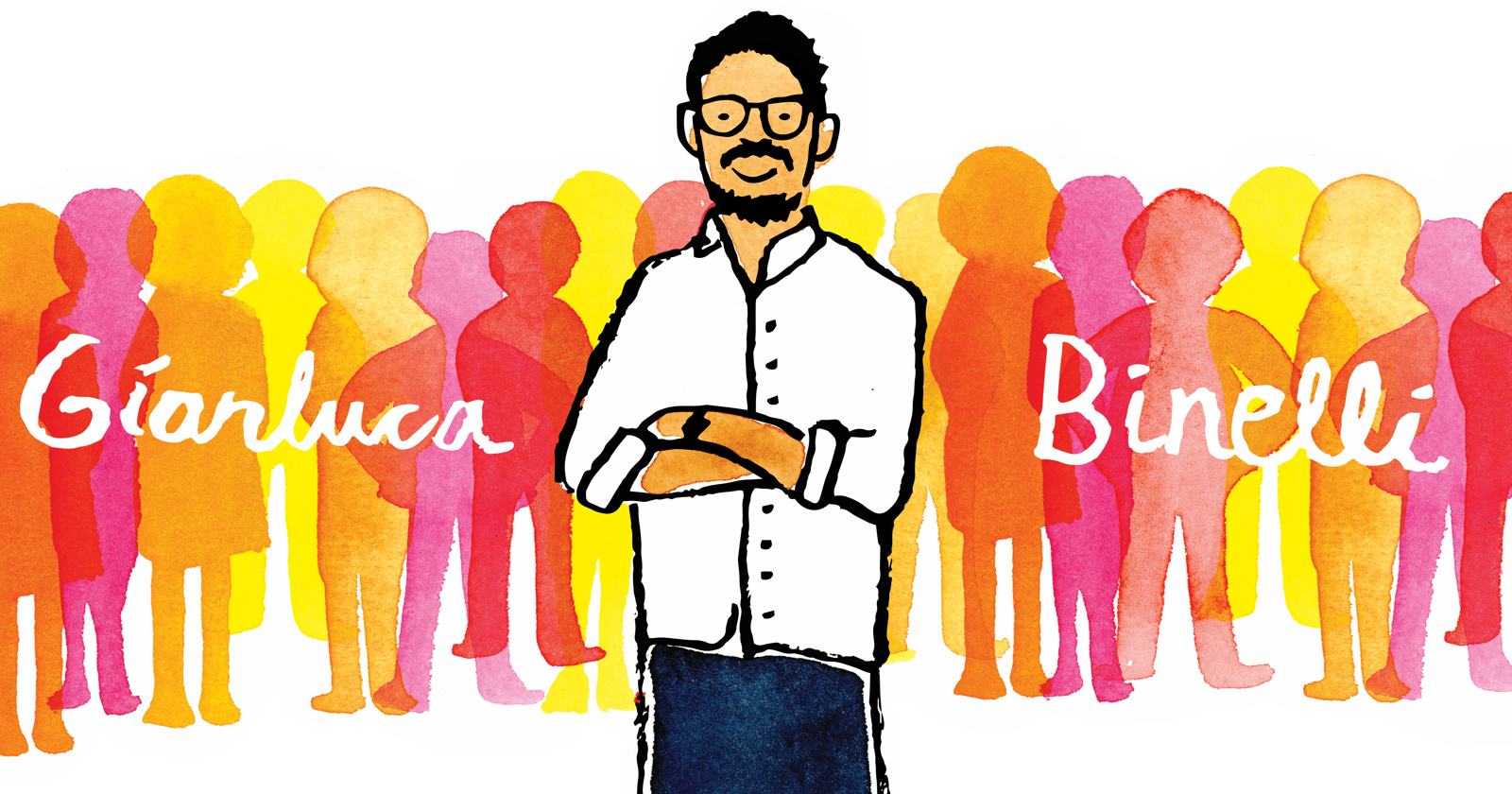 Three years ago, Gianluca Binelli walked away from a successful job at Google to set up his own digital marketing startup.

But the Italian entrepreneur isn't one to shy away from the path less traveled.

Not only did he create ‘the best digital marketing company in the world’ (at least, according to his mom)—but he did it in rural Tuscany.

Gianluca wasn't phased by the haters (and there were plenty of haters). He knew that by bringing his business to his homeland he could afford the very best talent. (Because, let’s face it, skilled professionals don’t come cheap in San Fran.)

"By using the right technology and software, we can really work at scale in a global environment, even from the middle of nowhere," he explains.

Armed with insider knowledge of Google's ad platform, Gianluca set out to build his empire.

From a staff of just four in 2016, Booster Box Digital now has 27 employees—and they're a picky bunch. Gianluca and his hiring team make just one hire per 100 applicants.

We sat down with the ex-Googler turned fearless startup leader to find out all about it.

Hiring at a startup: Ask not where the talent is, but how you can find it.

“I believe talent is everywhere, but opportunity isn’t evenly distributed across the planet.”

With this ethos in mind, Gianluca didn’t need to go far for inspiration on how to recruit. After all, he's already learned from the best.

“I try to steal with pride," he laughs. "I went on the way Google manages people, especially when it comes to talent, and we simply replicated what we saw and twisted it a little bit.”

For Booster Box, that last one is by far the most important.

In a startup environment, things move fast. Relationships need to be strong if they're going to withstand the pace of change, growth, and everything in between.

“Finding the right people for your company is harder than finding your partner in life,” says Gianluca with a chuckle.

“Time really moves very fast in these accelerated experiences. You need a type of relationship that is intense in terms of sharing the rollercoaster of our startup life. That's why I think cultural fit is an enormously important element… hiring people that share the same values. And for us, that really means appetite, from a personal perspective and customer perspective, really taking ownership of what we're doing and having an appetite for innovation.”

A team that Movembers together, stays together. Source: Booster Box via Facebook

The biggest challenge in any hiring process is finding a way to maximize the likelihood of securing high-quality talent, while minimizing the time needed to do that.

From the onset, Booster Box wanted to free themselves from the “boring and tedious part of talent acquisition”.

With a little help from their applicant tracking system, the administrative side of the hiring process is almost entirely automated. 🙌🏿

Here's how it breaks down:

There's no sacrifice on candidate experience. As soon as an applicant comes in, they instantly receive an email confirming their application was received.

“We let the candidate know that we received their application loud and clear. It always sucks whenever you email someone, you don't know what happened to your email. Did they get it? Do you need to email twice, three times? Everybody's wasting time,” explains Gianluca.

And that's a BIG problem for the hiring team.

“As a growing startup, you’re definitely time-poor. So, you want to prioritize a tool that is helping you reduce the friction of scheduling an appointment and finding the right communication. We needed to automate our communication to put us in a position to be able to convey to the candidate the right message at the right time."

Step 2: Screening for what matters

At Booster Box, there's no lengthy list of competencies a candidate needs to meet before they can be considered for a role.

The hiring team keeps it simple by assessing candidates against two core pillars:

Cool, right? Of course, it's easier said than done.

You can’t judge a person's tenacity solely by looking at their academic achievements. For Gianluca, the screening and interview stages are not just about skills—they're about personality and personal ambitions.

And sure, it’s a Silicon Valley cliché to ask candidates abstract questions. Still, no one can deny that they’re a great way to assess a person's ability to think critically.

“One of the best interviews in my life was back during my days at Google. I asked a classic bunch of questions and then one question about Homer Simpson, an alien, and a boat that needs to cross the river. I remember the candidate was so into the answer. I remember him leaving the meeting room and still trying to solve the problem and find the solution—and that's when I knew I had the right person," says Gianluca.

The team at Booster Box regularly experiments with the questions on the applicant questionnaire to find fun new ways of teasing out insights on a candidate's curiosity and persistence—and the goal is the same for the interview process.‍

Assessing culture fit is a perennial problem for every talent professional. Gianluca's approach is to bring in the reinforcements.

"At the end of the day, your teammate is super important. The ultimate decision should belong to the people that are actually working with the candidate."

Consensus is a huge component of the Booster Box hiring process.

Interviews are usually held as a panel where candidates meet with at least two different people from every team they potentially could be working with. This gives his most crucial stakeholders the chance to assess the candidate's role-specific skills and knowledge, their general cognitive ability and cultural fit.

Throughout the process, the entire hiring team at Booster Box is clear on one thing:

Hiring is a two-way experience.

It’s not just about a candidate's skills—but whether their personal ambitions and goals align with the company's.

For Gianluca, the single most important interview question is: What do you want to achieve in life?

After that, it's just about getting real with himself and asking:

Simple. But it also means that, as the CEO, Gianluca must take the time to sit with each and every candidate.

“There was a story at Google that Larry personally reviewed every single CV. So, if Larry Page is doing that, at the very minimum—I need to try. It's just very easy on a small scale to make a little bit of effort to try to understand if that person’s ambitions are aligned with what the company wants, and that's it. This is really the magic.”

At Booster Box, every member of the team has some skin in the HR game.

Everyone involved in the interviewing process gets a say in the final hiring decision. "We have a meeting that we call 'Booster Box Hunting Club' where we discuss the candidate and share our impressions," explains Gianluca.

And because the entire team is determined not to treat candidates like crap, they knew they needed to listen to candidate feedback.

For example, one criticism they received early on was that the amount of time it took to send offers was way too long. Candidates were waiting weeks for an offer to arrive—it wasn't a good look. Gianluca and the team listened to their candidates' concerns and adjusted their process.

Today, the average time a candidate waits for an offer is just 7.5 days.

With a little help from automation, Gianluca has successfully shaken off the admin burden, leaving him free to engage with candidates and make the necessary changes to his strategy and process.

“The fundamental elements are making sure our process is efficient and that it tries to provide the best candidate experience possible. I think the system of automation really allows us to have a much stronger position," he explains.

“We want to make sure that we find the most ideal boosters to keep us on our toes.” 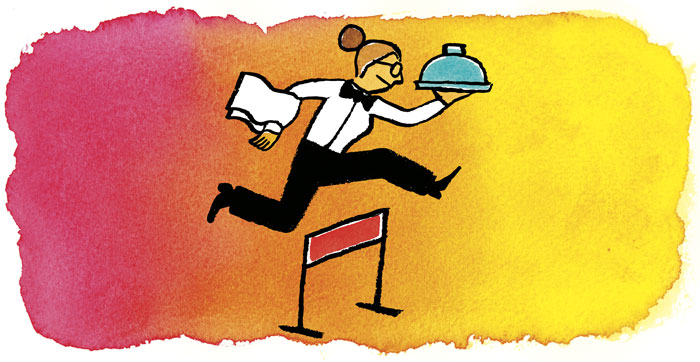 From Crisis to Crunch Point: A Look at the New Era of Hospitality Hiring — Interview with Megan Johantgen

The hospitality industry is facing its biggest hiring crisis in recent history. We check in with a longtime industry expert to find out what’s really going on. 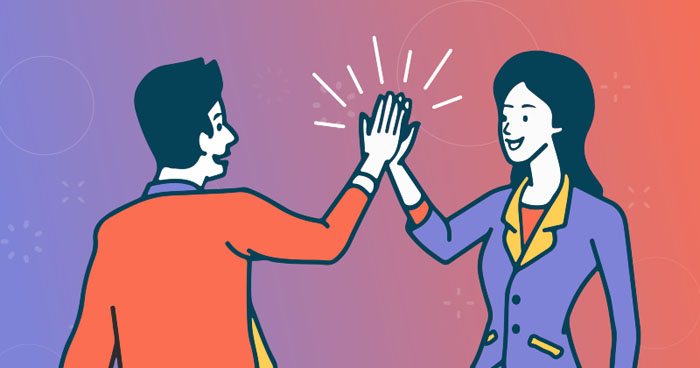 Why Long-term Candidate Nurture is a Must for Modern Recruiters

Recruitment is a long game. Are you playing to win? 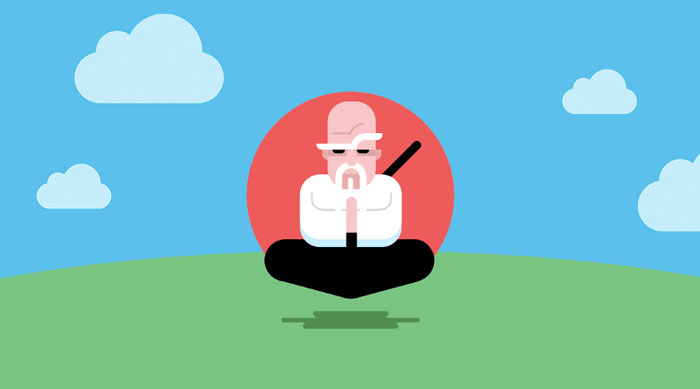 Interview with Jonah Phillips, Founder & Owner of Crossword Hobbyist and My Word Search.