The team at Piksel knew switching from agency-based recruiting to internal team recruitment would pay dividends, from a better candidate experience to a better balance sheet. 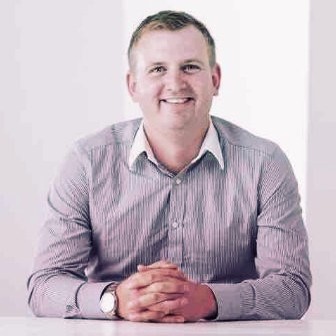 Toward awesome work for all teams

For a the past six months, Ben Coupland, Recruitment Business Partner at Piksel — a video software, services, and solutions provider that helps brands from Volkswagen to AT&T capture and capitalize on audiences — has been managing the sea change from the company's recruitment agency dependence to a more cost-efficient, internal recruitment process.

For a decade-old company with 650 employees in 11 offices from San Diego to Spain, the logistical and paradigm shift challenges facing Coupland were daunting; successfully moving Piksel from a stalled, detached hiring process to a fast-paced, candidate-centric team effort wouldn't happen without the right building blocks, starting right now.

To build and maintain that process, Coupland relies on experience, cooperation … and Breezy.

Here's how recruiting used to work at Piksel, with a little variance: "We've got a vacancy, let's give it to six or seven recruitment agencies, see what CVs come back." Weeks would pass, then CVs would come in, then what one might call the HR folks would choose a winner and the deal was done … all for a tidy, approximate $8k per hire.

Were the hires bad? No, of course not - the Piksel team's work around the world speaks for itself.

But were the hires efficient, or cost-effective? Again: No, of course not. Hiring a conservative 5 vacancies a month, at $8k each, over the course of a year … well, let's say bringing Coupland's brand of affable efficiency on board was a stroke of financial brilliance.

He turbo-charged Piksel's search for recruiting software they could bring in-house, one they could trust to start achieving their objectives as easily as possible. From a simple, one-on-one demo (“When I saw the ease of a Kanban-style layout – that really tugged at my heartstrings”), to the transparent, flexible pricing (“You're not making that huge commitment for a really big clunky piece of software that you know you're going to be stuck with for the next 50 years”), Breezy was a pretty clear choice.

It was about how do we get a better recruiting process – one that's quicker, but equally leaves people with a great impression of Piksel.

Prioritizing teamwork for the candidates' benefit

With a career built on great interactions and stellar relationships with candidates, Coupland knew that one of the core strengths of a new internal process would be constant, quality interaction with candidates. He couldn't quite say Piksel was accomplishing that with an external agency process.

To avoid the communication breakdown letdown – when a great candidate would come in, and Piksel's team would discover s/he'd taken a new job weeks before hearing back from Piksel – Coupland and his team take full advantage of Breezy's in-app team chats: “Now, when those CVs drop into the system, hiring managers can spot them right away – and if they don't, we can sort of flag it up and say, 'Look here at this - what are your thoughts on this one?'”

Since Piksel's move from a linear process to team-based approach (complete with hiring team hierarchies, multiple levels of conversation, and simple Stage Actions), they've seen feedback on new candidates drop to as little as 24 hours.

Breezy's really central to us, now. It gave us a solid foundation to start fresh … and we've just built this custom, dynamic recruiting process all the way out from there.

How to get the people you want on your team

In some ways, Coupland's measuring Piksel's recruiting success outside of the metrics while he manages the change from agency recruiting to an internal process. Here's what's telling him that Piksel's moving to more modern, streamlined recruitment:

A fully mobile, fully realized careers site that lives up to their state-of-the-art brand.

Hiring managers creating their own Questionnaires to automatically gather more context on candidates at a certain stage.

It's this move away from recruiting as a silo'ed process toward an engaging, all-hands-on-deck effort that's got him excited. As he likes to tell his teams:

“We don't own recruitment. We help with recruitment. You're going to have these people in your teams.” It's the simplest thing, but, “everyone becoming proactive and involved in these conversations and decisions … that's the only way you get in the people you really want.”

Hiring Quickly? How DP Logistics Reduced Time to Hire by 66%

When a traditional hiring strategy was leading to recruiting burnout, this Breezy HR success story automated and customized their way to a 10-day time to hire.

T-Mobile partner KCI Wireless needed to double its workforce to over 600 employees in a single year.

Steal some of these diversity hiring ideas from Pointed Copywriting, who uses Breezy HR to run an inclusive recruiting process built for remote teams.