T-Mobile partner KCI Wireless needed to double its workforce to over 600 employees in a single year. 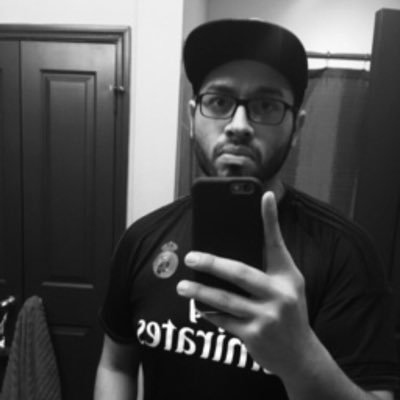 KCI Wireless, a high-volume Exclusive Master Agent for T-Mobile – with over 20 Branded T-Mobile Retail Locations and multiple MetroPCS locations in Texas, Louisiana and Oklahoma – will triple its total store count to 75 size across the country this year, and will need to fill each one with the reliably fired-up, on-brand millennial talent KCI is known for.

If you're Jacob Medina, Talent Acquisition & Marketing Manager for KCI Wireless, you don't shy away from that kind of challenge – you attack it with sound strategy, a clear head, and more than a few fist pumps. “It's scary as hell, it's a lot of growth, and it's going to be awesome.”

First part of the plan? Setting up recruiting software that could handle not only KCI's current needs (“We were using paper, didn't even have interview guides. Like that joke from The Internship … we had to get on the line”), but also take care of the giant influx to come – without emptying the coffers.

Medina's not one to accept the status quo – “I think someone planned to retire on the contract prices I got from these other guys. It was crazy”– so he started searching for less obvious ATS options. “I think I Googled, you know, affordable ATS and modern,” he laughs. Then he asked for recommendations, and that's how he found Breezy.

Medina had cut his teeth in T-Mobile's corporate locations – so when it came to hiring, “I'd already seen how it’s done. I know what right looks like.” When he saw Breezy? “It was clear to me, took maybe a day and it was done. No pushy salespeople, totally straightforward, I got a demo and setup with a trial.”

Everything I wanted was at Breezy – clean, easy to use, catch my attention, cool features … it was just done.

Let Talent Speak for Themselves

Medina's job covers a lot of ground, from managing KCI's Employer Brand (which he knocks way, way outta the park) to ensuring new stores are staffed up for openings. A high point for that second part was discovering Video Responses in Breezy. They let Medina and his teams ask a question on an application that requires the candidate to record their answer on video – perfect for forging bonds and saving time.

“We wanted to create an experience where we could connect to any type of candidate - but to make it as simple & efficient for our store managers as possible so they could look at, you know, “How’s this candidate’s communication style? What’s your perception of them, their image?”

Video responses help teams identify top candidates, faster, too. What's usually a 2-3 interview process for Medina's teams to hire can almost be cut down to an application and a final sit-down, when managers can outline why candidates want to work for KCI – like real career growth opportunities in a place where awesome work is rewarded.

We have been really blown away by some of the video responses - we’ve also impressed T-Mobile with that. The account manager came in and saw some of them and was like, ‘What is that? I want those.

It's not just the Video Responses that are impressing people – the Employer Branding built into Breezy keeps KCI Wireless at the top of their game (and top of candidates' minds). “The way that the career portal shares a job opening, it just looks so clean and good and modern. When we post a job to social media, it just lays the job post out like – yeah. It’s perfect. We’re catching the eyes of some major candidates.”

When we asked if Breezy has enhanced the stores' competitive advantage, the answer was immediate: “Hell yeah. Helll yeeeeeeaaaah.” Breezy's fresh look and intuitive actions help his millennial store managers get and stay involved with the system (and thus with hiring) at every step. And they're finding the same success with millennial talent, as well.

Without having the modern, clean, millennial-attracting front through Breezy, we wouldn’t have the candidates we have now, the positions filled that we’ve been filling.

Given his success with Breezy over the past six months, we wondered if Medina had ever reconsidered his decision to choose us over one of the standard, legacy applicant tracking systems he had seen and used in the past – systems companies of KCI's size and hiring volume usually fall into out of habit.

“You know, I know what it's like,” he said, “being a partner, we can do the same things as the corporate stores, and –at times – have the clear advantage being able to take more risks, or trying those really cool new software or service companies, and living at speed of light because of our company size. We're small but mighty.”

And that's how he looked at Breezy.

“The whole experience with [Sales], they were just very honest about what Breezy could do and what you would be able to do soon and when. Just very transparent about the whole thing. That was awesome. They told me the software development team on the backend was super strong, and that's cool. That’s what I needed.”

After all, it's not like signing on with one of the more ubiquitous options wouldn't come with it's own set of risks - like deficient customer service.

“Bigger ATS end up being a pain in the ass because they’ve got so many clients that you get that automated bit, and you’re like, 'Hey, do you even know me?'” Medina notes, “Whereas now, I can just type to you guys like, “Hey, buddy can you give me a call?' and within, like, an hour or two we’re on the phone.”

With Breezy HR, Power Pivot Pro was able to give their hiring process an update that it so desperately needed.

The home trade-in platform first launched in Atlanta in the summer of 2015. With plans to open in 10 new markets by the end of 2020, Knock's hiring needs are MASSIVE.