Hire Slow, Get the Best

Transformation Church needed to grow its team by 50% in less than a year. But growing your team by over 50% is no easy task. See how Breezy is lightening their load. 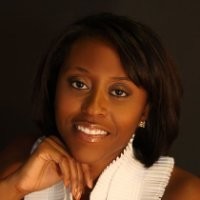 As the Chief of Staff at Transformation Church, Brie Davis plays a pivotal role. Not only does she help lead the executive team, but as the church has grown, she’s recently taken on the task of hiring and onboarding new employees.

“We’ve had crazy growth in our church in the last year and a half and we're in a serious hiring frenzy right now. It's a great problem to have."

With a staff of 31 and a very influential pastor at the helm, Brie and her team needed to hire 18 people by the end of 2019. But growing your team by over 50% is no easy task. Brie knew she needed to stop hiring from the hip and develop a truly strategic hiring process.

Our church has gained a lot of influence in the past year. So, when we do post for a job externally, we get over 100 applicants in a month—we once advertised for an administrative assistant position and received close to 200 applications in just three weeks—in the end, we had to close the job listing early.

Brie knew she would need a system to help her find the best-fit candidates from among hundreds of worthy applicants.

"When we first started a year ago with an actual hiring process, we had it outlined as ‘week 1’, ‘week 2’ and so on. But ended up changing that to 'stage 1' and 'stage 2'. And that was intentional. We knew it was going to take longer than three or four weeks to hire the right person. Probably 80% of how we hire is based on how the person interviews and 20% is prayer and discernment. It takes time."

But with so much riding on the interview process, Brie needed all the help she could get to help her team transition to a culture of 'hire slowly, fire quickly'.

An intentional and streamlined hiring process.

When Brie and her team spotted Breezy's name at the bottom of another church's careers site, they were immediately intrigued.

We really didn’t realize we needed it at the time. But now that we’re in the process of hiring a large number of people in a short amount of time—it’s been a lifesaver.

By implementing Breezy, Brie now has a much more streamlined candidate pipeline. From posting the job ad to setting-up interviews, the whole system is more organized and strategic.

"We do use questionnaires at the beginning to make sure applicants are able to work in the US and take care of all that initial miscellaneous stuff. We also ask for their social media accounts. Anyone can interview well but social media shows a person's true colors and that’s a really important thing for us."

Brie's applicants and candidates are easily slotted into two categories—one ‘for consideration’ and the other for ‘not considered’. With Breezy, candidates in the later category immediately receive an email thanking them for applying.

“The candidate pipeline and email scheduling have helped us get organized. We can now easily move candidates from one stage to the next. We know we’re not missing anybody and we’re getting back to people as necessary.”

Brie and her hiring team (made up of the church's top execs) no longer have to share info manually, which is a true game-changer for an organization that places so much weight on culture and communication.

Because our interview process does have stages to it and it's not just 'one interview and boom, you get a job', Breezy's given us a one-stop-shop in helping us make sure that all the members of our hiring team can see and say the same thing and communicate with each other in one central place.

Now that Brie and her team have a smart ATS to take over the admin side of the recruitment process, they have more time to focus on really getting to know their candidates.

“Breezy saves us tons of time. For us, team collaboration and unity are very important due to the kind of work that we do. You can easily get frustrated from giving-out to people every day, so you have to enjoy the people you work with.”

With Breezy, it's now much easier to bring both team leaders and team players into the interview process to ensure the group chemistry is 100% perfect from day one.

“Having our open positions on our website is incredible. The fact that we don’t have to send people a link is great. I can't even imagine that at one point we were emailing applications to people. It seems so ridiculous now.”

Today, applying for a job with Transformation Church is about more than just being a good fit on paper. Brie and her team now have a powerful, professional process for finding out who their best candidates are, what their values are and whether or not they're a true cultural fit.

"Breezy has helped us in so many ways but the best thing has been the candidate pipeline—it has helped us tremendously. Honestly, before using Breezy we didn't even know we needed a system like this. Now, it's hard to imagine how we got by without it."

With over 200 open roles to fill, Nucamp utilizes Breezy for hiring at scale. They needed a repeatable hiring process to gain better candidates and hire faster.