Fly High with a Faster Route to Hiring 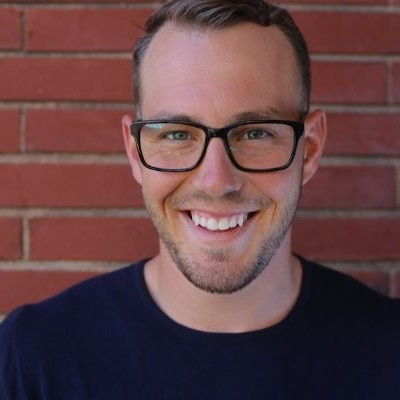 Find the perfect recruitment system to keep up with company growth

“If you had to sum up our experience—travel's really sexy. People love it… When it's super sexy like that, people really apply to it, they want to apply to it constantly. So, volume is a big thing.”

As Director of Sales and Partnerships for the small startup, Kyle’s role isn’t confined to recruitment.

We have to be really quick. We don't have time [because] everyone's wearing a crazy amount of hats—we're doing PR, we're doing the marketing, we're doing design work, engineering work...

With a growing level of interest, the number of applications they get for each role is through the roof. The DFC team knew they needed a smart system to help them keep up.

“We would just put something on LinkedIn usually and just kind of network. And for the most part, it was just like apply to an email… a quick ‘Why do you want to do this?’ and then we’d go through the candidates… Putting stuff on LinkedIn and getting them to email me is not efficient. It destroys your inbox and you regret doing it quickly.”

So, they decided it was time to bring in the big guns. Their team has always seen the benefit of using tools to streamline processes, so for them it was a no-brainer.

“When you deal with a high volume [of applicants] because it's a really attractive [role] and at the same time we're not going to be outsourcing [recruitment to] anyone, you just need a good tool to do it quickly and efficiently.”

They knew in such a small team, the only way to grow was to bring in a tool that would save precious bandwidth.

Kyle had used Breezy in a previous company, so he was happy to stick with what he knew.

“There's no reason to use a different tool, in my opinion… For us, it's super simple. I mean, we just have our little link on our site. And if you want to apply, you go to the role.”

For Kyle, the most important thing was making sure he could save time—especially when he had 450+ applicants coming in for each role. Breezy was that magical ATS that would make his life so much easier.

“I personally love the tool because you go in and do the quick read [of applications], and when you submit you can write a quick answer—it's almost like the cover letter, but it seems a lot more laid back.”

Kyle had struggled with using a messy email system in the past. But with Breezy, he was delighted to find a clear, visual process for the company and the candidates.

It's actually much better for the candidate because you actually are getting seen. Imagine getting like 79 emails—half of them are not getting seen. But here you get a baseline and each person is getting a little peek into them by looking at their quick submission.

A faster, simpler path to growth

Kyle believes great hiring is all about the tools you use. Breezy's user-friendly interface has helped him create a hiring system that saves him days of time.

With Breezy, Kyle was able to start quickly turning around these high volumes of candidates, without losing out on any hidden unicorns.

If you really want to do [a high number of candidates] justice and go through them, you can't dive into the resume until you’ve at least weeded some out, which is unfortunate, but it's realistic… you could never [do] that over email, right?

Kyle works with his colleague, founder of Dollar Fight Club, Jesse Neugarten, to hire people who will truly fit in with their game-changer culture. And for a company that have 4X’d their company in as many years, choosing an ATS that will grow with them is a top priority.

“[Breezy] is really good to scale, too, honestly. So, as we continue to get bigger and bigger, I don’t think the process will change for us.”

Hire Slow, Get the Best

Transformation Church needed to grow its team by 50% in less than a year. But growing your team by over 50% is no easy task. See how Breezy is lightening their load.