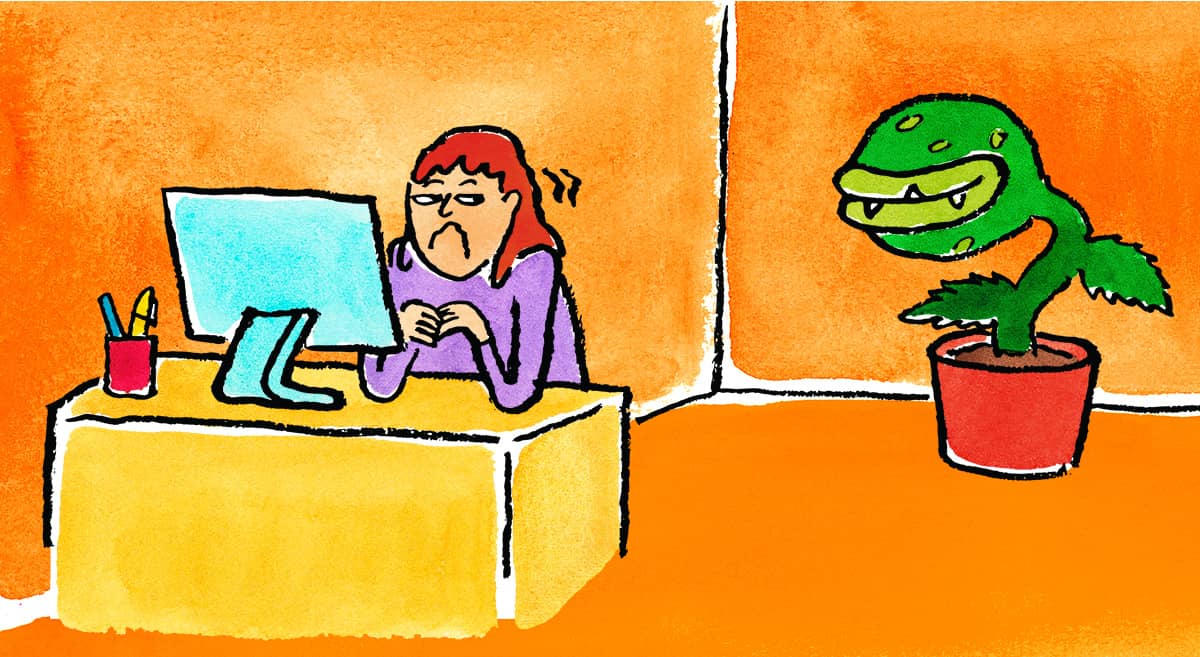 It’s that time of year again. The cool breezes are rolling in, the leaves are getting colorful and crisp, and spooky magic is in the air.

Here at Breezy, we’re stocking up on candy (hold the candy corn, please), carving our jack-o'-lanterns, and curating the perfect scary movie marathon. 💀🦇

But the horror movies are seeming a little less spooky this year thanks to these truly spine-tingling HR horror stories.

Did you know that modern recruiting systems like Breezy can help you sift through the riff-raff and de-spookify your hiring process? It’s kinda like sageing your candidate pipeline to get rid of the bad juju. You can check it out for free when you sign up for a 14-day (trick-free!) trial.

Denise Hemke, Chief Product Officer at Checkr, recalls the case of the vanishing candidate when a hire made like a phantom and ghosted her. Yikes! 👻

“After going through a long interview process and offering the job to a candidate, he did not show up. Even though they accepted the offer, did the necessary paperwork, they did not show up on the agreed start date. We called, messaged, left emails for days with no response whatsoever. The job was actually a temp job because we were low on staff, so you can imagine what an absolute nightmare it was!”

Whatever happened to, you know, just declining an offer instead of ghosting an employer?

Thankfully, after a week, Denise managed to connect with another candidate they’d been interviewing who quickly came to the rescue. But you can bet this is one frightful experience that will stick with her for many a spooky hiring season to come!

Ready to skip the ghosting and build an engaged pipeline of qualified talent? Check out our totally free Guide to Creating a Ghost-free Talent Acquisition Strategy.

HR Horror Story #2 — The case of the phony references

John Ross, CEO of Test Prep Insight, got quite a fright himself when a seemingly stellar new hire turned in forged references and a list of fake former bosses. Talk about spooky!

Here’s how it went down:

“About a year ago, we hired a new employee who seemed on the surface to be a great fit. The two interviews we had went very well, and she had gleaming references from former bosses that I spoke to,” John explains. “They both loved her and were sad to see her go, claiming she was the best employee they ever had.”

But then, things took a turn for the worse…

“Within just a couple days of starting, it became clear that she was a nut. She started accusing co-workers of spying on her, told her manager (our COO) that he was brain dead,’ and she started coming into the office in the middle of the night. As it turned out, the references she gave me were 100% fake, and I had been speaking with her partner and her mother — not former bosses.”

Since this fiasco, John says he’s learned his lesson. Today, he gathers contact info for references himself, if he uses them at all. Sounds like a smart move to us!

“I once hired three receptionists in a row who quit in the first 90 days. While them leaving the company was all for personal reasons and not related to their feelings about the company, it was a drain of time and resources.”

Losing those all-important resources on brand new hires sounds pretty scary to us!

“It’s important to remember that time and training spent on a new hire is a big company investment,” Jae explains. And we can’t help but agree.

Thankfully, he landed on the right long-term candidate after he began using recruiting software. 🙌🏻

Tracey Beveridge, HR Director of Personnel Checks, thought she found her dream candidate for a hard-to-fill role. But then, the clouds rolled in and things got… weird.

“Every HR manager has their own hiring horror story,” Tracey explains. “For us, it happened when we were looking to fill a critical role on our team. We interviewed dozens of candidates, but no one quite fit the bill. When we were starting to lose hope, we found someone who fit the description. They came across as smart, personable, and had the supposed skill set we were looking for.”

Sounds great, right? She thought so too. That is, until…

“We made him an offer on the spot, and everything seemed to be going good until his background check came back. It turns out they'd lied about their qualifications and didn't have half of the skills they claimed to have.”

Tracey’s team was left scrambling to find a last-minute replacement. But they learned a valuable lesson: a thorough background check never hurts!

Kevin Huang, Founder & CEO of Ambient Home US, had a brush with the supernaturally lazy when he accidentally hired a bona fide slacker. 🧟‍♀️

“I once hired someone who seemed perfect for the job. He had the right qualifications and experience. However, he was unwilling to go beyond the minimum required and would always reply with, ‘That’s not my job,’ when requested to do something else to help the team.”

Yikes! Protecting your work-life balance is one thing, but sheesh!

To resolve the situation, Kevin scheduled regular one-on-ones with the employee to figure out what motivated (and de-motivated 😬) him. It turned out, he didn't really understand how the skills he was applying in his role would lead to future opportunities for higher positions.

By helping the employee design a clear career path supported by hands-on mentoring and coaching, Kevin was able to help him see how his current performance could determine future opportunities. This crystal-clear career trajectory motivated the employee to step outside his comfort zone, transforming an apathetic apparition into a hardworking team player.

OH NO! Talk about a fright! So how did they fix it?

“We didn't realize our mistake until the following Monday when the wrong candidate showed up for work,” Luciano explains “We quickly corrected the issue, apologized profusely, and offered to help this candidate in their job search. We had to send a follow-up email to the right candidate to let them know that they were the candidate we were looking for and that we were sorry for the delay in responding.”

Clearly, an embarrassing situation. But it helped the team at PitchGrade learn to always double-check their emails before sending!

Gilad Zilberman, CEO of SeatPick, had a paranormal encounter with a seriously confused applicant.

Here’s how it all went down:

“We had a situation where one of our interview candidates came in enthusiastic about the interview but immediately slipped into confusion as soon as the conversation started. We soon realized that they applied to multiple jobs and somehow mistook us for another company. The confusing situation turned into a nightmare as we found no realistic way to proceed, and we already invested plenty of resources into the interview,” Gilad explains.

In the end, the bewitched interviewee apologized for the situation and left voluntarily.

According to Gilad, no severe damage was done that day, but it was nonetheless a confusing situation and a major waste of time and resources.

HR Horror Story #8 — The gut that got it wrong

Things got spooky when Trivinia Barber, CEO at Priority VA, trusted her gut and got it wrong.

“One of the scariest hiring decisions I made haunts me to this day because of the actions of this particular teammate...and myself. I met a candidate who seemed like a great fit for a role on my team. We really needed help and wanted to fill this position quickly, as is the case for most hiring managers or leaders. I normally follow a very thorough vetting process and ‘gauntlet’ to ensure someone is a right-fit. However, I ‘had a good feeling’ about this person, which were my famous last words,”

“Not long after hiring, this employee completely ghosted us.” 😱

According to Trivinia, the employee not only ghosted, but actually stole equipment from the company. Talk about a hiring nightmare!

No matter which way you cut it, a VA is a crucial hire. Since then, Trivinia has learned to always do her due diligence when hiring, no matter what her gut says. After all, a well-executed background check never lies!

Before Tania Doshko scored her current content manager position at WikiJob.com, she had a nasty run-in with a hiring manager who put a little too much faith in astrology. 💫

"Interviewing is often an awkward and stressful process for both parties,” Tania explains, and when “hiring managers try hard to find a perfect match for the position, lots of them are ready to apply all possible means to evaluate the perfectness of the candidate.”

And once upon a time, Tania had an interview with a hiring manager who took zodiac compatibility a little too seriously.

“Among [this hiring manager’s] decisive criteria for a successful interview…was a match between the zodiac signs of an interviewee and a company manager. The scariest thing about this situation was that in case of a bad match, the candidates were warned about their low chances of getting the position right at the start of the interview. Not surprising that there are not many zodiac signs matching a Scorpio."

We’re all for listening to what the stars have to say, but this is taking it a bit far. Never let a full moon turn you into a hiring monster!

Make your hiring nightmares a thing of the past

Here at Breezy, we know hiring can be a terrifying process (especially during the season of the witch 🧙🏻‍♀️). But whatever HR horrors may befall you, remember you’re not alone!

If these HR experts can live to tell their tales of fright, so can you.

When you’re ready for a fright-free hiring process that works for both your candidates and your hiring team, Breezy’s got you covered. With Breezy, you can automate time-sucking hiring tasks with tools like automated email, SMS, interview scheduling, and background checks — everything you need to make your hiring nightmares a thing of the past.

Until then, happy haunting!

A hiring system that’s all treats (no tricks). 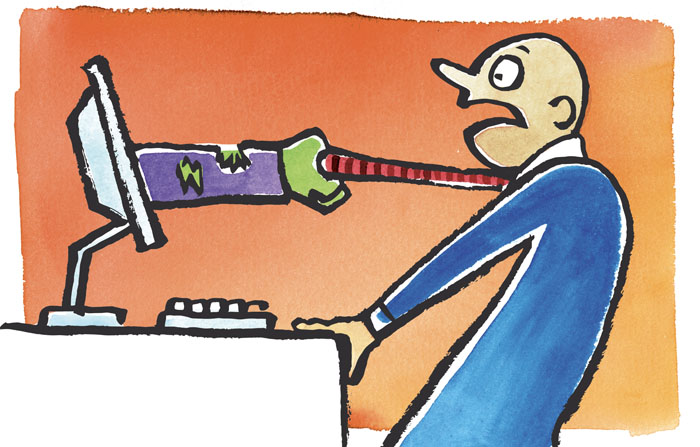 9 HR Horror Stories that Will Make You Shudder

If you're in HR, you've got stories. The job of hiring is wild, fun and at times, a little scary. From candidate ghosting to zombie new hires, check out these true tales of HR nightmares come to life! 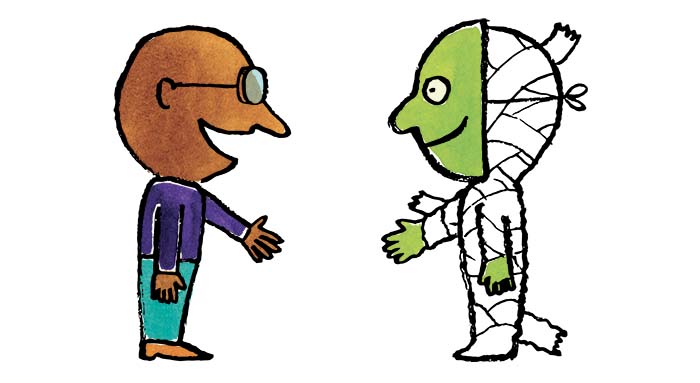 7 HR Horror Stories that Will Make You Run and Hide

The spooky season is finally here. But who needs horror flicks when you have HR entertainment at the ready? Make sure to read these HR horror stories with the lights on!

Talent acquisition ain’t for the faint of heart. The road to the perfect hire can be rocky to say the least. It takes focus, persistence and the wisdom to know when to laugh.