If You’re Not A Client of Choice, You’ll Lose in the On-Demand Talent Economy. 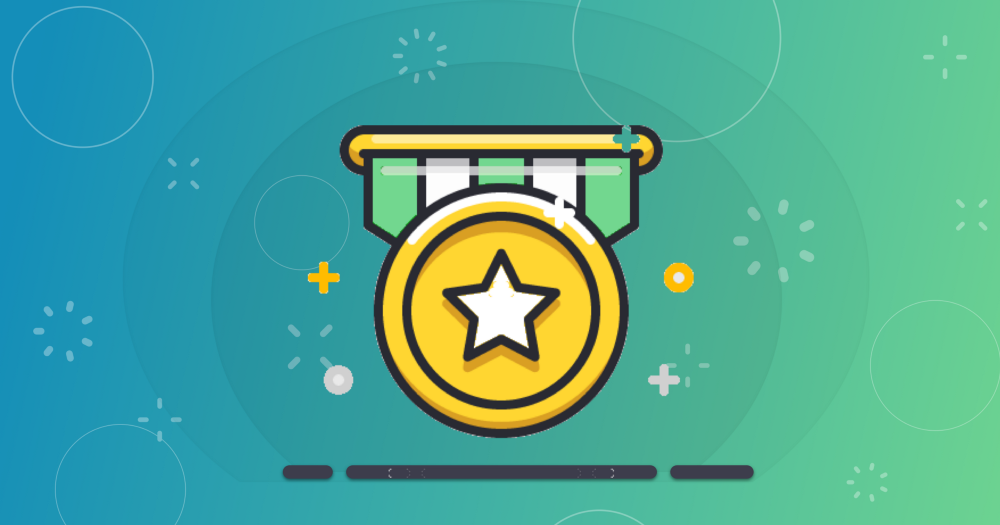 The future of work is leaning ever more toward an on-demand talent population, and we need to start embracing it.

If becoming an Employer of Choice has been the holy grail for employers and HR departments throughout employment history, becoming the Client of Choice will be the next holy grail.

Yes, you read that right — half the US workforce could be freelancers in 3 years.

While it’s easy to assume many workers are just dipping their pinky toes into freelancing to make ends meet (eg, night Ubering), a recent report from McKinsey showed that 70% gain great satisfaction from working this way by choice. Motivations run from flexibility, to earning experiences, and, yes, earning that cabbage!

Here are some other numbers that can help clarify the forthcoming freelancer frenzy:

Are you prepared to be a client of choice for these workers in the on-demand talent economy?

Now just swap the word “employer” for “client,” and you can start to see what the future holds for hiring and optimizing this huge, freelance slice of desirable talent.

As a business, you just need to get used to moving from employer to client. Already, we see the best talent literally choosing the companies, teams and projects that interest them. What’s more, and what we’re most interested in, is that this talent then goes on to decide who they will and will not work with again.

While pay will always dominate this kind of repeat decision, top professionals already set their own rates, thus leveling out the client playing (and paying) field.

Creating and maintaining relationships with this group requires a different mindset, one that’s not fee-based, and that’s where you’ve got room for differentiation. Moving forward, the only way to hire and re-engage these workers will be to give them an experience that rivals the one you’ve designed for your full time employees.

So if you’re still of the mind that attracting, hiring, onboarding and re-engaging freelance talent is procurement’s department, it’s about time to change that mind. The future of work will rely heavily on this on-demand talent population, and we need to start acting like it.

(And that’s the point, right? We’re talking about talent, not a corporate laptops.)

Here are three non-negotiables for creating an exceptional freelancer experience and becoming a Client of Choice in the on-demand talent economy:

1) On the fly sourcing, hiring, and onboarding.

Your current team (both employees and freelancers) are your best recruiters. They know the projects, they understand the culture — and they know what kind of talent they need and want to work with.

You’ve got to have a sourcing system that encourages your team to advertise opportunity and recommend talent through something as simple as a Chrome extension or a LinkedIn profile. A kick ass freelancer is not going to take the time to navigate your average, legacy applicant tracking system, even at the behest of someone they trust. Your teammates need to be able to say: “Hey — I met this incredible designer on the plane, she is perfect for this phase of the project, here’s her LinkedIn.” And there’s your employee referral, done and dusted.

Freelancers book their time within hours, not months. Clients of choice (that’s you!) will be able to take the ball and run with it from there — instantly.

2) Offering up the Bennies … as in Benefits

While the outcome of this particular legislation is up in the air, it’s time to start thinking of ways to help on-demand talent find the kind of security that comes with traditional employment.

Since it’s not law yet, this is one of those non-negotiables that will emerge as a differentiator. Bucking against it will be you run-of-the-mill employer — they’ve long enjoyed ‘burdenless’ contracts that give them all the benefit of the work product without any of the benefits responsibility, and recent data suggests they’re not into changing their tune, despite thinking they should:

According to the 2016 Workforce of the Future Survey, by Buson-Marsteller, two-thirds of employers do not feel like they should be responsible for providing benefits to independent contractors — even though 7 in 10 agree the social contract needs to change (my mind … boggled).

As freelancers become returning members of high performing teams — especially on longer term projects — expectations on the part of freelancers are going to change.

Clients of choice (that’s you, again!) will find a way to begin supplementing the cost or outright offering benefits before everyone else is forced to do so.

3) No seriously, pay talent on time.

Most employers wouldn’t dream of simply ignoring a payroll because they would rather invest the resources elsewhere. Yet it’s all too easy to delay payment to a freelancer. If they’ve already delivered the work, what’s the real recourse? A study from the Freelancer’s Union confirms employer’s tendency to delay payment, reporting that nearly three quarters of freelancers struggle to get paid in a timely manner.

Maybe we should take the word FREE off of the title? I digress.

Cue the apps (Felix, Prefer), platforms (Kalo, Shortlist and Work Market) and now a LAW created to aid the underpaid. This has become such an issue that in true, trendsetting fashion, New York approved the Freelance Isn’t Free Act. It requires businesses to pay no later than 30 days after services have been rendered. Like NYFW, it’s only a matter of time before the rest of the country catches the trend.

Clients of choice (are your ears burning?) will jump on solutions that help organize, manage, and pay freelancers across the organization — again, focusing on making the experience for freelancers as awesome as the one they’ve meticulously designed for their employees.

Bottom Line: The freelance experience you create around hiring, onboarding, benefits, and payment are just a piece of the big, juicy pie of working on your team and with you an an employer. There’s still the excitement of the work, the purpose behind the work, the opportunities to learn, and the culture of the organization — all of those remain critical to becoming a client of choice.

The above? Those are just the table stakes moving forward in the on-demand talent economy.

Did someone say table stakes? Like gambling? Like Vegas?! If you can’t tell, we’re headed to HR Tech in Vegas this year. Let us know if you are, too, so we can meet up and talk about where you think the future of work is headed.

Not bound for Sin City?

Take a minute to see how Breezy’s team-approved recruiting software can help your team start hiring the in-demand, on-demand teams of tomorrow, today. 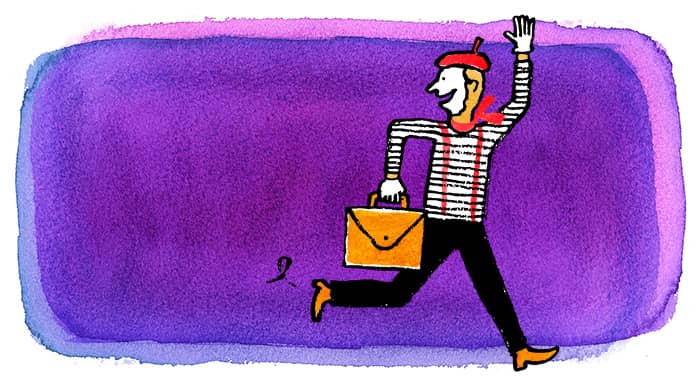 Is Quiet Quitting Really a Thing? 8 HR Professionals Weigh In

The quiet quitting trend has been a media favorite this year, but what does it really mean for employers and hiring managers? We reached out to a selection of HR insiders to find out. 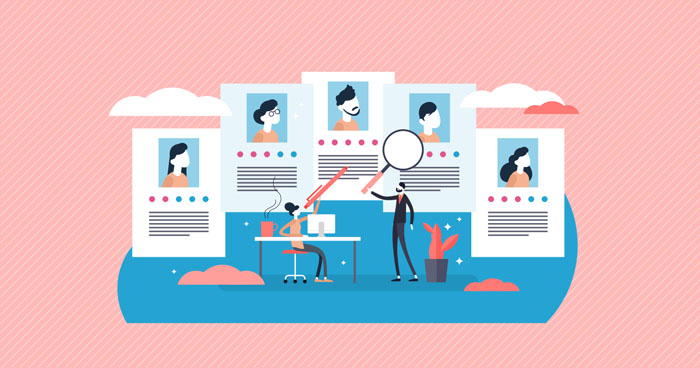 Ready for a Revamp? Here's How to Hire Like the Best in 2019

We've seen some big changes to the HR landscape. Now that 2019 is officially in swing, it’s time for hiring managers to step up their game. Here are some smart and simple tips to start hiring like a top-shelf employer brand. 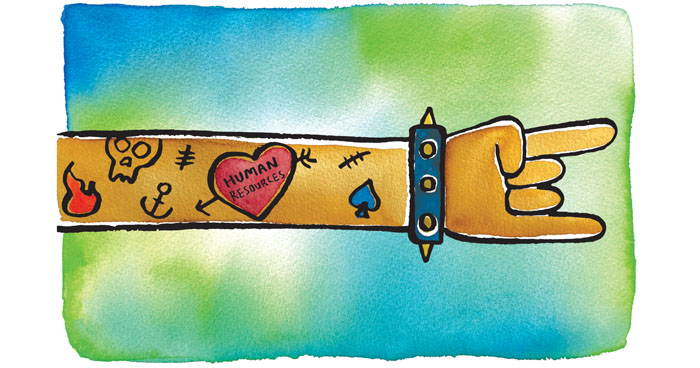 HR is changing fast. Do you know what you need to know in order to keep up? We've rounded up insider insights from some of the best names in talent to bring you an exclusive glimpse into what to expect in HR 2020.