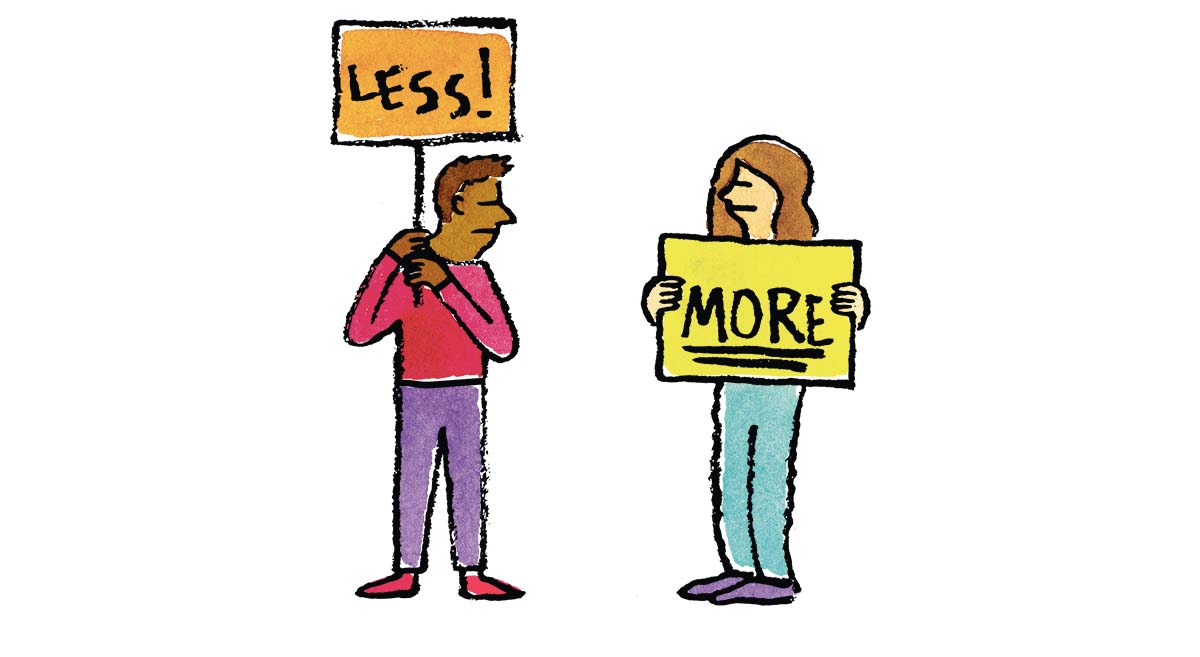 As the world reels from the effects of the global pandemic, the US has a new controversy to deal with: the minimum wage debate.

Part of President Joe Biden’s $1.9T pandemic relief plan includes raising the federal minimum wage from $7.25 an hour to $15 — an easy jump for megabrands, but not so simple for small businesses working with tight margins.

But does a rise in minimum wage actually cause employers to shed workers? What does it mean for small businesses? And behind the hype and headlines, what’s the real impact for today’s hiring managers?

It’s a sticky topic, so we caught up with 4 of our favorite HR pros to find out what’s really going on behind the debate.

Inside the minimum wage debate

To understand what’s really going on, first you need to know the background of minimum wage in the US.

Let’s break it down:

A brief history of minimum wage in the US

Breaking down the minimum wage debate: The ‘for’ and ‘against’

Well, mainly because there hasn’t been any minimum wage increase since July 2009. If you think about the fact that the national median rent has gone up by around $3.5K since then, you can start to see the impact a pay increase could have.

The problem is, with such a large increase expected, many independently owned and operated small business owners are worried they simply couldn’t afford to 2X their payroll and still keep the same number of employees.

Confusing, right? Let’s get under the fingernails of both sides of the story.

This is the key point for many minimum wage critics. If a business has to 2X its payroll overnight, many believe the results could be catastrophic.

FOR: All businesses should be able to afford to pay a fair wage

The opposition believes if you can’t afford to pay a fair wage, you shouldn’t be in business. Your bottom line needs to meet the minimum requirement for growth — and a fair wage should be included in that number crunch.

Some people believe that because many employees in minimum wage roles are students or young people who don’t have many expenses, they don’t need a living wage. Plus, these types of roles should only be springboards for better paid, higher experience jobs.

FOR: Minimum wage roles are for everyone and should be closer to the living wage

Today, more than half of US minimum wage workers (52%) are over 25 — meaning they’re less likely to be students or living at home, and would likely benefit from a pay boost.

AGAINST: Raising the minimum wage will cause people to lose their jobs

Many people believe that raising the minimum wage will lead to major job losses. Less money to go around = less jobs to go around.

FOR: There’s no evidence that minimum wage hikes cause job losses

On the other side of the debate, there is evidence to suggest that an increase in the minimum wage has no adverse effect on employment rates. Even so, small businesses should act now to make sure they can maintain top talent if a minimum wage hike does come into effect (more on this from our experts in just a minute).

What this means for small businesses

Although doubling your payroll definitely sounds scary, offering employees payment closer to a living wage is something every employer can work towards.

The reality is a minimum wage hike may lead to job losses (although as mentioned, many disagree that would happen), but this also presents employers with an opportunity to focus on quality hires over quantity, which in turn can help boost your annual revenue and your ROI.

Now we’ve covered the basics, let’s see what the experts have to say.

💡 Bonus tip: Doubling employees’ salaries is a lot, which is why some people recommend increasing your payroll every year by a small amount so that if and when a proposed federal minimum wage hike occurs, you don’t need to leap quite so high.

“People want to work on their own terms," as founder of Workology and a Forbes top 50 social media influencer, Jessica Miller-Merrell is an HR pro you need to know.

When it comes to the minimum wage debate, Jessica has seen it all — which is why she knows that the effect on small businesses and product cost will vary depending on the industry you’re in.

“In hospitality and food service, some smaller businesses have had to increase their prices (menu items, services, etc.) in order to support a higher starting wage for their employees, but the demand in these sectors is high enough that customers are willing to pay for it. While, in other industries, like retail and along the supply chain, we might see increased prices for goods and delivery,” she explains.

But no matter what industry you’re in, it all comes down to resources.

“If small businesses are going to compete with the larger ones who can afford to attract candidates with a higher starting hourly wage, they will need to find the resources to do the same,” says Jessica.

And if you don’t have the financial resources on hand to support all your employees? According to Jessica, that makes your hiring and retention plan more important than ever.

“We can really take a lesson from what we’re seeing from employees and candidates after more than a year in a global pandemic. In order to keep women in the workforce, as we tend to be primary caregivers at home, offering child care or support for child care could be a great incentive. Flexible scheduling is also important, the opportunity to work from home if possible, career development and training programs that show you genuinely care about your employees’ future,” she says.

“People want to work on their own terms, with supportive companies and empathic leaders.”

If you’ve been in the talent space for long, you’ll have heard of the Evil HR Lady.

With around 8K Facebook followers, Suzanne Lucas is known for her straight-talking approach to all things HR.

And the minimum wage debate is no exception.

“The true minimum wage is always zero. If small businesses can’t afford to hire people at higher wages, they simply won't. Big businesses often advocate for higher wages because they know they can afford it and their smaller competitors cannot,” says Suzanne.

For her, the formula is simple: if small businesses can’t afford to pay many salaries at higher minimum wage rates, they need to focus on hiring and retaining quality candidates.

“The best thing a company can do to keep great employees is to invest in training their managers. People will stay for good management,” says Suzanne.

“Wage compression and inventory problems are the real issue”

Tim Sackett is a man on a mission to dive deep into the world of HR.

His thought-provoking and hilarious blog brings some of HR’s weirdest and most controversial topics to the forefront. So, when we asked Tim what he thinks about the minimum wage debate, he jumped straight in.

“Minimum wage doesn't really impact small businesses unless they are in a very price-sensitive business. You need to pay more for labor, your prices rise to cover that cost. So, ultimately, minimum wage increases are a tax on the poor more than anything. The rich can afford to pay a dollar more for a coffee, to pay $25 or $50 a week more for child care. It's pretty simple economics,” he explains.

But for Tim, the real issue is around wage compression.

“The bigger issue around minimum wage increases that tend to cause issues with companies, large and small, is wage compression with current employees. You now have to hire at $15/hr for new employees, and you have current employees making $15.25 who have been working with you for five years. What do you do? Of course, raise the current employees’ salary — but by how much?” he says.

For companies balancing tight inventories, the challenge is even greater.

“The other issue is companies that contract future orders at a certain price and now your cost just shot up, but you can't raise your price. Those are really the orgs that are struggling because they can't raise wages without really hurting financially,” he says.

So what can you do? Here are Tim’s top tips on how companies can attract and keep great talent, besides raising wages:

“The bigger issue around minimum wage increases that tend to cause issues with companies, large and small, is wage compression with current employees.”

“Pay increases are an investment in the company”

So, when we asked about her take on the minimum wage debate, she was quick to jump to the facts.

“The federal minimum wage hasn’t increased since 2009. In that same time, however, inflation has increased by almost 27%. With significant cost of living increases and zero increase in minimum wage over the last ten years, people are no longer able to afford their jobs,” she explains.

For her, the answer’s simple: companies should make the investment in a higher minimum wage.

“Instead of wondering how companies can attract and retain great employees on low, outdated salaries, organizations should realize that pay increases are an investment in the company. Make the investment,” says Micole.

Thanks to opposing expert viewpoints and data, when it comes to the minimum wage debate there’s a lot to digest.

For small businesses struggling to balance tight margins, introducing a higher minimum wage can feel impossible — but with an understanding of how fair wages can positively impact your employees (and your business), and with the right approach to hiring and keeping quality talent, you can create your own path to fair and competitive compensation.

With the debate still raging, now is the best time to take the necessary steps to ensure you keep your top talent while making your business as resilient as possible for whatever the future may hold.

Show you care from day one with candidate-first hiring experience.

Get your free Breezy trial today! 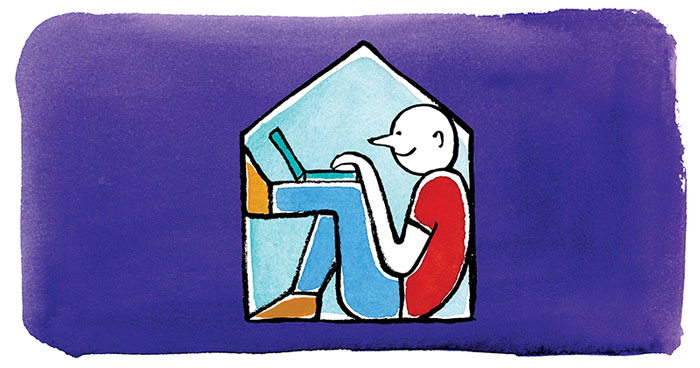 Building an intentional remote workforce can bring in the best talent from around the globe. Justine Shu, Marketing & Community Manager at remote job board We Work Remotely, shares her perspective on how the remote workforce will evolve with the benefits of hiring remote workers and tips on how to keep hiring moving while remote. 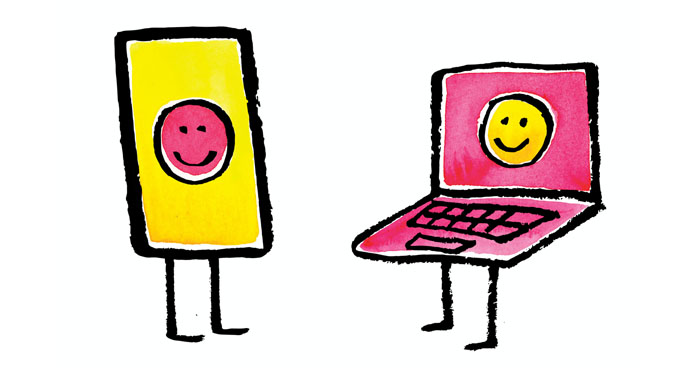 Assembling a productive remote team is tough. Find out how one recruitment pro scores quality talent with a simple three-step virtual hiring process