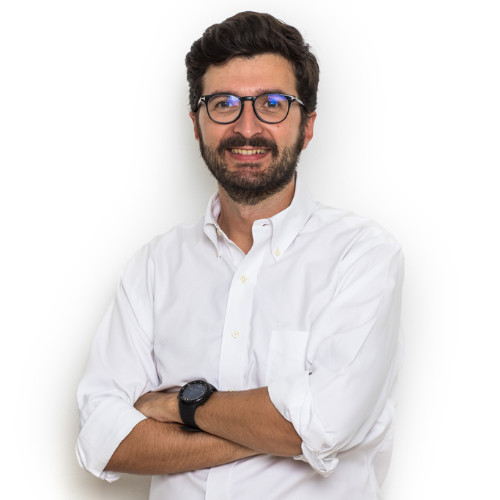 When it comes to digital marketing, Gianluca Binelli knows his stuff. And with 15 years of experience working for companies like Google, he also knows a thing or two about finding the right talent. That's important, because Booster Box is not your run-of-the-mill company.

“As a growing startup, you’re definitely time-poor. You want to prioritize a tool that is helping you reduce the friction of scheduling an appointment and finding the right communication. We needed to automate our communication to put us in a position to be able to convey to the candidate the right message at the right time."

Based in Tuscany, as opposed to a traditional startup hotbed like London or San Francisco, Gianluca knew he needed to find the right systems to ensure that he and his team could continue to wow clients all across the globe.

It seems too often the industry standard is a revolving door mentality—bring in 30 to 50 people each year, throw them at the wall and see who sticks. That's not what we're about.

Heavily influenced by his time at Google, Gianluca and his hiring team are super picky about who they bring on board. They needed a hiring system that would help them screen for the right kind of values.

“We want to be sure that we're getting candidates with two magical skills—persistence and curiosity. These are the only two elements that we want from people. But it’s a hard skill that you can't translate into being an Oxford graduate, or whatever. It's something that you capture in the process.”

To get the quality candidates he needed, Gianluca would have to nail his hiring process without putting additional strain on his team.

When Gianluca discovered Breezy, he knew it was a match made in hiring heaven.

"I find myself pitching Breezy to all sorts of companies… it really helps automate the boring and tedious parts of your HR and talent acquisition management process."

On average, Booster Box only hires one out of 100 applicants—and they get a lot of applications coming in. Staying on top of applicant emails and interview scheduling takes time and effort, both of which can be better spent elsewhere. That's where Breezy came in.

The main reasons we picked Breezy were the automation of the communication that put us in a position to convey the right message at the right time to the candidate while making sure, in a fun and witty way, that the candidate sees our love for automation as a way to break free of tedious procedure.

With the help of an automated questionnaire, simplified interview scheduling and super-efficient collaboration tools, Gianluca and his team can spend less time in their inboxes and more time focusing on candidates.

"We managed to automate all sides. So, using Breezy together with Calendly, we're able to declare our hate for boring, tedious meetings and ask the candidate to pick the best time for them. That allows us to be very straightforward, communicate that we all hate procedure and boring stuff, but also, the people doing the interviewing are PPC specialists and data scientists—they're not used to having their work interrupted by phone calls. Now, they can block a chunk of their time for interviewing so that they can really put their minds to it."

Booster Box’s growth trajectory is looking pretty rosy. In three years, one month and a few days, they’ve grown from a humble team of four to a group of twenty-seven—and they’re planning to make three more hires before the year is out.

The fundamental elements are making sure our process is efficient and that it tries to provide the best candidate experience possible. I think having a system of automation really allows us to have a much stronger position. Breezy helped us throughout the entire process—from the very first step of getting to know the candidate, to the final element of sending out the offers.

From sorting applicants to scheduling interviews—Breezy has helped Gianluca and the Booster Box hiring team work in a more focused and time-efficient way. As a result, they have more time to focus on the candidate’s skills, culture add and theoretical prowess.

"Breezy has given us the freedom to have a process that involves everyone, without having to worry that candidates have been emailed on time or whether the communication is right.”

In a time-strapped startup environment, efficiency is everything. But it's all for nothing if it comes at the expense of candidate experience. In Breezy, Gianluca found a tech partner that delivers awesome time-saving benefits while making the hiring process more fun for his current and future team members.

“The benefits for us are 100% time saved… Everybody in the company has a little bit of HR responsibility, which I think is great. Everybody's feeling emboldened to help us grow faster by finding the most ideal boosters to keep us on our toes.”

Steal some of these diversity hiring ideas from Pointed Copywriting, who uses Breezy HR to run an inclusive recruiting process built for remote teams.