5 Simple Rules for Hiring (and Keeping) Developers in 2019 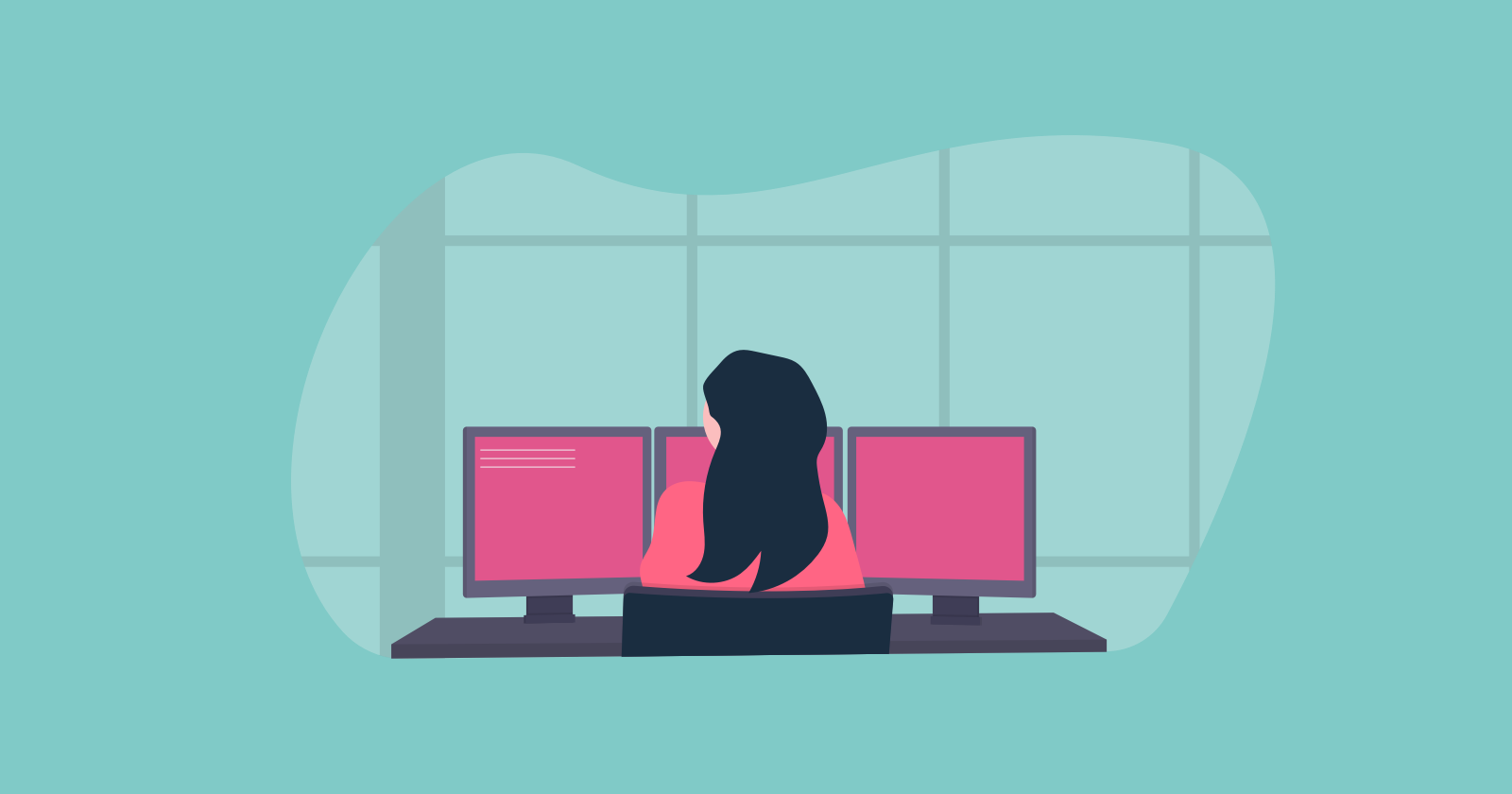 For those of us who don't speak tech talk, terms like SQL, HTML and .NET don't hold much meaning.

And that's a problem.

Because when you're looking to hire top developers, software engineers and other IT pros—most of whom have written their first line of code by the time they were sixteen—street cred is everything.

And chances are, you don't have it. After all, you're a talent pro, not a DevOps specialist.

Meet our five simple rules for recruiting and retaining qualified developer talent, straight from the pros and curated with love, by us.

No time for a deep dive? Don't sweat it.

Hiring Developers: Why it's straight-up crucial to get it right.

Is a Starbucks barista a Java developer?

Okay, we'll stop while we're ahead.

Cheesy coffee jokes aside, the demand for developers is real—and there are no signs of stopping.

Data shows that usage of applications will generate up to $935 billion in revenue by 2023.

Problem is, there aren't enough "qualified" developers out there to meet the burgeoning demand for this type of work.

Why the scare quotes?

Because according to a 2018 Digital Ocean survey, lack of a formal software engineering education tops the list of developer hiring challenges.

And, for better or worse, most hiring managers are looking for established experience (including formal education) in a field that is still very new. But more on that in a minute.

Let's dive into the new heuristics of hiring developers, one by one.

Rule #1 - Forget what you "know" about recruitment

If this is your first attempt at hiring tech talent, get ready for some major switch-ups.

Chances are, your usual tricks aren't going to cut it with this particular pool of talent.

And while we don't have hard numbers to prove it, you probably won't be surprised to learn that developers don't tend to pick up cold calls or peruse mainstream job boards.

Nope, you'll have to venture outside your hiring comfort zone for this one.

Here are some of the best spots for sourcing developer talent:

Another stellar tip comes from Tech Republic writer (and former developer), Matt Asay. "The surest way that I would say to both recruit and retain developers is to get involved in open source," he suggests.

According to experts like Matt, developers don't want to "hide behind the firewall".

They want the world to see the great work they're doing. Matt recommends hiring managers get out there on GitHub and check out the developers' activity—and he's not just talking about code.

By taking a closer look at how a developer engages with the community, you can get a feel for their personality and that all-important culture fit (or 'culture add' as we like to say), before you even reach out.

Try posting a Java or other technical question and engage anyone who responds that seems to be qualified for the role.

Shady stuff can happen when you're trying to fill a developer role.

In case you haven't experienced it firsthand (lucky you!), here are some true stories from tech recruiters:

I've been trying to place full-stack Java developers over the past three months and have dealt with candidates that are not the same people I interviewed showing up to clients for interviews, to candidates that try to split to voice/video feed and have someone else answer technical questions, to candidates that can't show up for a client interview after asking me to reschedule it multiple times. Is anyone else going through this? I'm so frustrated!!!!!

I had a different candidate show up for the loop than the one I'd phone screened. The one that showed up bombed the loop horribly. The one I screened was brilliant. My team thought I was bonkers for letting this person pass the screen, til I told them it wasn't the same person. So weird.

I have been screening candidates and have received only 1 hire so far out of 26 candidates. I am afraid, at this rate I am never going to close this position.

It can get rough out there, that's the truth.

And if situations like this weren't enough to prompt some seriously thoughtful pre-screening, engineering roles that require ultra-sophisticated skills from hard core coders will likely need an extra layer of due diligence.

Let's start with the phone screen.

Here are some tried-and-true tips from Harj Taggar, co-founder and CEO of Triplebyte:

Harj goes on to say that most companies make the mistake of not telling the candidate what's in it for them—a major missed opportunity for a richer (and higher-converting) convo.

"It’s common to leave asking the candidate what they’re looking for until the end of the call. I think that’s suboptimal because you miss the opportunity to tailor your pitch around it throughout the call," he explains in this deep-dive for YC.

Rule #3 - Choose your pilot with purpose

Do you need a full-stack developer?

A developer with broad knowledge of different coding languages?

Or a master of one particular framework?

If you're like most talent pros, you'll need to work closely with your tech team to know for sure.

"Of course, knowing a single tech stack might be okay for some positions. But increasingly, complementary tech stacks are being tested together," says Tom Winter, CEO of Devskiller.

According to Devskiller's Global Technical Hiring & Skills Report 2019, 73% of developers will take a coding test based on real work. Developer candidates expect a highly relevant, specific and paid pilot project.

Take the time to connect with your hiring manager or department head to find out what tasks would make the most sense. Once you've got the specs nailed down, it'll be much easier to choose a code testing tool.

Developer screening and online interview platform powered by RealLifeTesting methodology. The tool allows you to find developers with the right skill set, shortening your Time-to-Hire by 60%. Programming tests mirror the 1st day of work experience to identify top performers. They go beyond testing languages by testing frameworks, libraries, and databases.

Helps programmers find great companies to work at. Candidates go through a technical interview process and receive feedback on strengths and weaknesses. Triplebyte matches them with companies that looking for people with those specific skill sets, and helps fast track the candidate through the hiring processes.

Pricing: Subscription-based according to usage

Technology hiring platform that is the standard for assessing developer skills for over 1,000 companies around the world. By enabling tech recruiters and hiring managers to objectively evaluate talent at every stage of the recruiting process, HackerRank helps companies hire skilled developers and innovate faster.

No matter which tool you choose, make sure it's one that can enable you to test a real work project across your entire tech stack.

Rule #4 - Be responsive and relevant

Okay. So we've covered relevant places to source developer talent, coding test platforms, and all the wild and crazy things that can happen when hiring tech talent...

We're not done yet.

Almost every qualified developer out there has a story about being approached with some type of off-the-wall outreach from a recruiter who clearly has no idea who their audience is.

It's not a good look.

We know you can do better. So we're bringing in the Norris...as in, Chuck.

Back when he was the Director of Recruiting at Care Otter, Jeremy Schmidt boosted his open, engagement and conversion rates simply by bringing a little humor into the mix.

Here's an example of an actual message he sent to a developer lead:

That optimizes itself. OK, I know it's cheesy, but one of our devs posted it on our quote board and we all got a kick out of it. Based on your profile, it looks like you have had quite the interesting career with added responsibilities along the way. I would love to speak with you for 20 minutes about your career goals and what awesome things you want to accomplish next!

Care Otter is doing some amazing things in the healthcare vertical developing cloud based APIs for the storage and retrieval of your medical documents. We are also breaking new ground with our data science creating sophisticated algorithms for the clustering and ranking of patient data. Check out the video that microsoft posted about us!

Hope to hear from you soon.

In this day and age, anything less than a truly personalized outreach message is going to fall flat with qualified candidates.

So, put a little effort in and don't be afraid to have fun with it!

After that, it's all about responding to your candidates asap. Remember, these are people who spend all day, every day online. If they send you an email, they expect to hear back...like, now.

Your chances for engaging this pool of talent are going to be much higher with a little help from more modern forms of outreach, like lightning-fast auto-emails and text messaging.

Not sure when to text and when not to text? Check our expert list of SMS dos and don'ts.

Rule #5 - Know what happens after the hire

This rule could arguably be #1.

Because the actual work environment your new tech hire will enter into should guide your entire recruitment and hiring process.

See, companies that rely on top developer talent go to great lengths to find it—take for example, Expedia's recent hiring challenge. But only the best of the best plan for what they'll do to grow that talent.

Case in point: Steve Jobs once hired a career juggler to teach his developers programming (yep, it really happened).

Sure, you might not need to go that far outside the box. But if retention is the end game, it pays to be open to finding less-experienced talent you can develop, rather than betting the ranch on that perfect diamond-in-the-rough developer.

By building mentoring capacity at work, you can hire newcomers, broken toys, impostors and turn them into the loyal, high-quality workforce. Shifting focus from assessing to mentoring can simplify your interviewing process. Instead of trying to predict future performance by asking tough questions and sending candidate through nine circles of hell, you can hire candidates with a growth mindset and grow them.

That's a direct quote from developer and trainer, Eduards Sizovs from his epic article, Great Developers Are Raised, Not Hired.

And the research would suggest Eduards is onto something.

No matter which way you cut it, there is self-professed room for improvement with nearly 80% of the developer workforce.

And in terms of the most important job factors, opportunities for development came in fourth on the ten-point list behind languages, frameworks, and other technologies they'd be working with, office environment/company culture, and flex time.

That's a massive opportunity for companies who are willing and able to position themselves as partners in professional development.

So, ask yourself: Do you really need a diamond developer? Or can you grow your own awesome developer who will stay with you for the long haul? 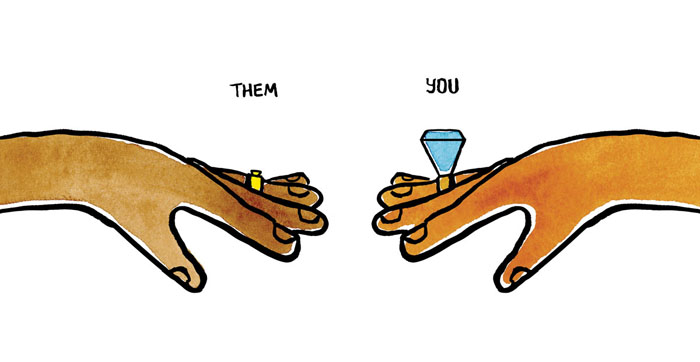 Every HR pro knows the tried-and-tested routes to great hires but what about those unicorn candidates who seem to appear from nowhere? We asked the leading HR experts to shed some light on the weirdest place they found awesome hires. Here’s what they said. 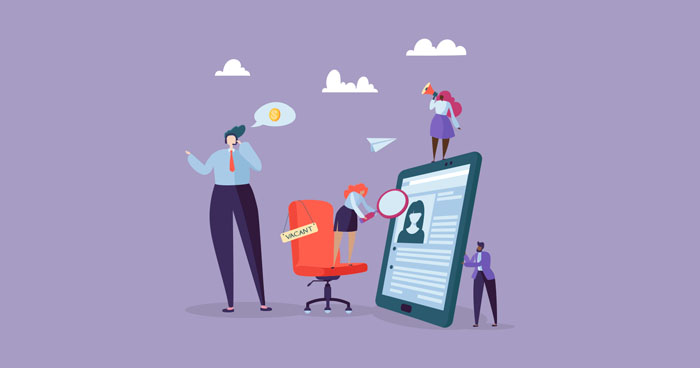 Millennial Myth-Busting: How to Attract and Hire High-Performing Talent for Your Growing SaaS Company

SaaS companies are known for being revolutionary. But when it comes to attracting millennial talent, that's just not enough. Here's what millennials really want at work. 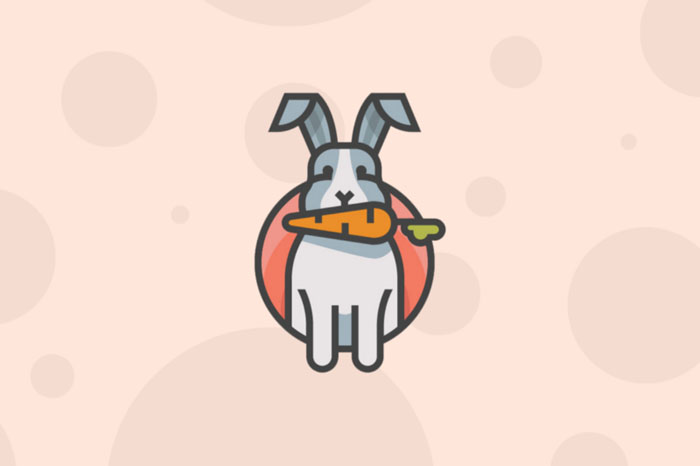