Don't Overlook these 4 Types of Diversity 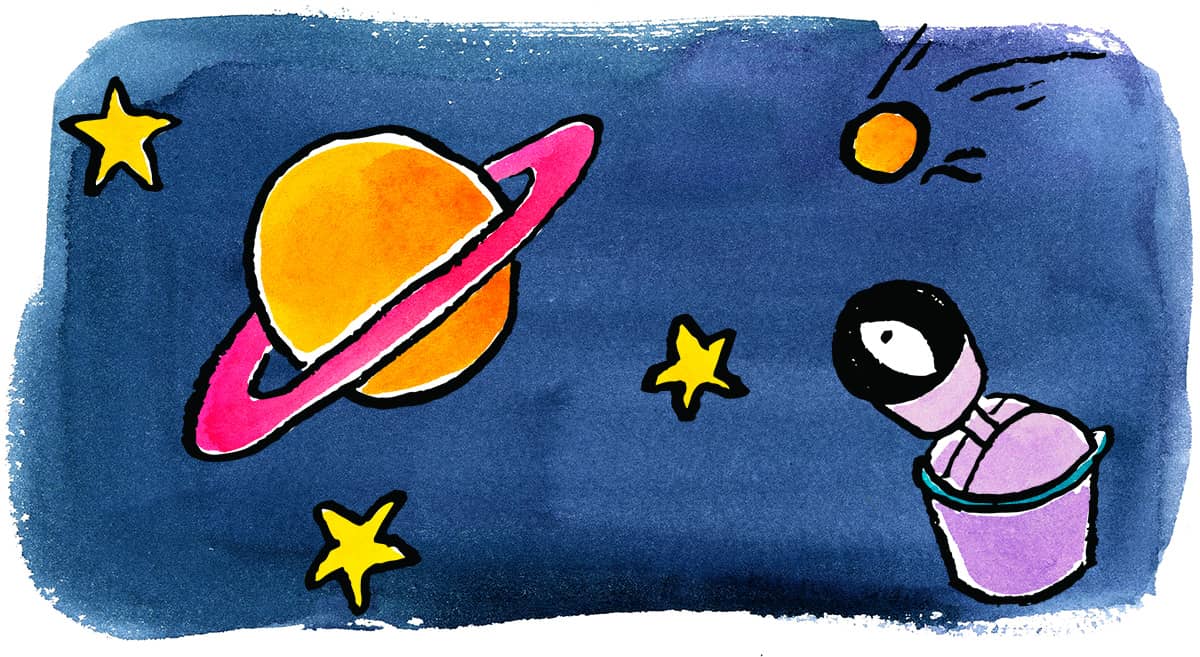 From better problem-solving to increased profits, it’s no secret a diverse and inclusive workforce can deliver a slew of benefits to today’s organizations.

But even if you’ve got your nose firmly embedded in the latest diversity, equity and inclusion (DEI) handbook, there may be certain types of diversity you’re completely overlooking.

That’s because real diversity is about more than race or gender  diversity in the workplace (though these are both important factors to account for). The kind of modern, innovation-driving diversity today’s leading companies are after, will require employers to go a layer deeper to really understand the diverse communities today’s talent market is made up of.

Diversity in the modern world of work is about seeing both the visible and invisible types of diversity and nurturing the kind of genuine diversity of thought that drives an inclusive recruiting culture — and a workforce that’s truly a cultural fit for the future.

Not sure where to start? We’ve got you covered with four of the most commonly overlooked types of diversity.

What is diversity? (Don’t worry, it’s not a trick question.)

The truth is, most of us are very aware of the more visible types of diversity — gender, disability, ethnicity and race are some of the better understood examples of historically underrepresented communities. And quite rightly, these groups are often firmly accounted for in our DEI policies.

Some of the types of diversity commonly seen in DEI policies include:

But what about the lesser discussed types of diversity?

In theory, diversity could encompass everything that makes an individual unique, from the color of their hair, their accent, or even their taste in music.

Of course, not all of the ways we’re diverse actually matter in the workplace. After all, someone preferring dogs over cats probably isn’t going to affect your team dynamic (unless you’re selling kitty litter in which case, it’s clearly all about the felines 🐱).

Start by creating your own definition of diversity

When it comes to defining diversity in the workplace, every company has to determine what this term means for themselves.

“We often hear companies say they want to hire diverse employees and create diverse cultures. But what does it really mean when someone says diverse? Are they talking about different genders? Sexualities? Ethnicities?” says Asad Dhunna, founder of culture consultancy The Unmistakables in a recent interview for Ascend.

As the world of work evolves, your definition of diversity can and should be changing too.

For the purposes of this article, we’re going to cover some of the commonly overlooked types of diversity that may deserve a place in your own definition of diversity and DEI policy.

But before we get into it, let's start by answering a fundamental question:

Why does diversity in the workplace matter?

The truth is, attracting diverse talent has never been more important.

Demographics are changing faster than most companies can keep up with. And with over 11 million open jobs, record-high quit rates, and unprecedented employee disengagement — no organization is immune to the challenges.

Celebrating inclusion in the workplace could give you a well-earned competitive edge in your industry, both now and into the future.

Here are just a few of the potential benefits a diverse workforce can deliver.

As you might expect, people from diverse backgrounds may approach the same problem in different ways.

In fact, a survey by decision-making platform Cleverpop found that inclusive, diverse teams make better business decisions up to 87% of the time. Not only that, they do it at 2X the speed and with half as many meetings.

A rich and representative applicant pool

According to a 2020 Glassdoor survey, 32% of employees would not apply for a job at a company that lacks diversity.

And it matters at the job offer stage too. The survey also found that some 76% of job seekers consider diversity and inclusion a top priority when evaluating companies to work for.

By taking time to invest in your employer brand beyond mere lip-service DEI initiatives, you can be one of the few employers that consistently attracts a strong pipeline of diverse candidates.

When it comes to bottom line results, it certainly doesn’t hurt to be inclusive.

According to a 2020 McKinsey report, companies with a diverse workforce have been shown to experience 36% higher returns.

That’s a win for you, your employees and your organization. Essentially, everyone! 🎉

Alright, now that we’re clear on what diversity is (hint: as the employer, that’s largely up to you) and why it matters, let’s get into some of the various types of diversity.

These four types of diversity are less talked about, but just as important to be aware of.

Despite the fact that up to 40% of the population is estimated to be neurodivergent, neurodiversity often isn’t obvious.

In fact, individuals from this community often report going to a lot of effort to hide aspects of the job that they find more challenging than others might. For example, it’s common for people with neurodivergent conditions to overcompensate, work harder and risk burnout, or not go for promotions for fear that they're not as capable as their colleagues.

But while neurodivergent employees may find some aspects of their role more difficult than others, they may also be stronger in other key areas. For example, someone with ADHD may find time management difficult but will bring incredible amounts of passion, creativity and innovation to a project.

Does your workplace only cater to the neurotypical?

Despite increasing awareness, most workplaces mostly cater to the 60-70% of the population that is neurotypical (i.e., those without neurodiverse conditions).

This lack of inclusion can often make the office a challenging environment for people with neurodiverse conditions, as the structures in place may not be aligned to help them do their best work.

Alan has a sensory processing disorder and may benefit from a quiet space rather than an open office.

Muna has ADHD and may need to organize her time and workload differently in order to be most effective.

Kaz has dyslexia and may need someone to proofread their social media posts before publishing.

In recent years, organizations such as Microsoft, JPMorgan Chase, Google and Bank of America have been making major strides in improving working conditions for candidates who are neurodivergent.

Together with another 40 major companies, a roundtable was formed in 2015 to improve the hiring process for neurodivergent candidates — including protocols such as skills assessments as an alternative to structured interviews.

While physical disabilities are often included within the bounds of DEI, there are many invisible disabilities that affect tens of millions of employees in today's talent market.

Invisible disabilities include any disability that is not visibly obvious and could include conditions such as:

The challenge for employers to embrace diversity regarding invisible disabilities is just that — they’re invisible. Due to stigma, or fear that it might affect their work opportunities, an employee may not necessarily be open to disclosing their disability.

In fact, according to the Harvard Business Review, despite the fact that over 200 million workdays are lost due to mental health issues each year, almost 60% of employees have never spoken to anyone at work about the state of their mental health.

As a result, a staggering 50% of millennials and 75% of Gen Zers report having left roles in the past due to mental health reasons.

Supporting your employees to be able to work to the best of their ability is an investment in your collective future.

You encourage Kelly, who has a sleep disorder, to start later in the day when she is able to be more productive.

You allow Asif, who has been diagnosed with social anxiety, to contribute his presentation via email rather than an in-person meeting.

In many cases, some of the simplest solutions for catering to employees with invisible disabilities are also the most effective.

Another largely overlooked type of diversity is socioeconomic class diversity.

And yet, recent research shows that workers in the United States from lower social-class or working class origins are 32% less likely to become managers than individuals from a higher socioeconomic background

More surprising still, this was found to be the case in every major economy in the world. Even companies celebrated as DiversityInc’s Top 50 for Diversity fail to mention social class in their DEI goals and programs.

This lack of inclusion can come in many forms, some obvious and some not so obvious.

If you want to position your company to include individuals from a variety of socioeconomic backgrounds, start by asking the following questions:

When you’re not attracting or retaining employees from a diverse range of socioeconomic backgrounds, you’re missing out on a rich variety of strengths and perspectives. Take time to review your diversity data and talk to your recruiters and hiring managers about ways to keep the hidden barriers out of your recruitment process.

As many organizations move in the direction of having a more remote and globalized workforce, location diversity is becoming increasingly important.

And let’s not forget, the ability to choose from qualified candidates from all over the world vastly increases the depth and breadth of your talent pool. Not only that, bringing in different perspectives from a variety of cultures and backgrounds can help make your business stronger and more agile.

Geographic diversity can also play a role in improving representation in other areas. In fact, a recent McKinsey study found that “almost 60% of the Black labor force (11.8 million people) is concentrated in the South, compared with just one-third of the rest of private-sector workers.”

Once again, there’s more to it than first meets the eye.

In fact, being inclusive to candidates and employees from a range of geographical locations could mean many different things you might not have thought about before..

You might think your organization is fully inclusive but the truth is, your recruitment process may still have some blind spots.

Unconscious bias can enter the recruitment process at any stage, from your job postings to the interview questions you ask.

The good news is, Breezy has some nifty automations that can help make your recruitment process more inclusive, while reducing the opportunities for hiring bias to come creeping in.

From automatically posting to the top diversity job boards to blind hiring assessments and structured interview guides, you can bring consistency to your recruitment strategy and create more time to connect with candidates on a human level.

Find out how Breezy can help you predictably hire the best candidates with a free 14-day trial.

Streamline your recruitment with Breezy. 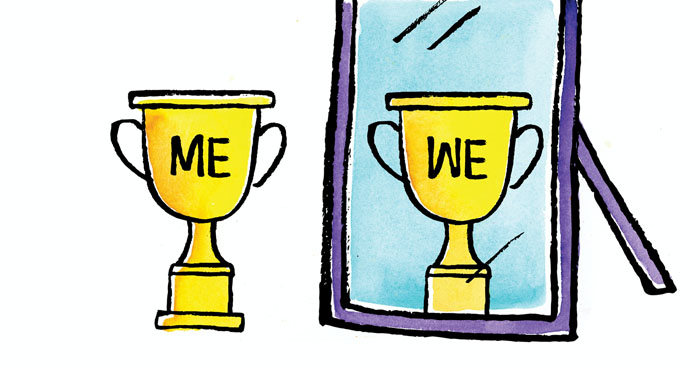 Women in Talent: 13 Outspoken Experts on What Winning Looks Like

Female CEOs are on the rise and the hidden biases are finally coming out into the light. But for today's most powerful women in talent, the work is not yet done. 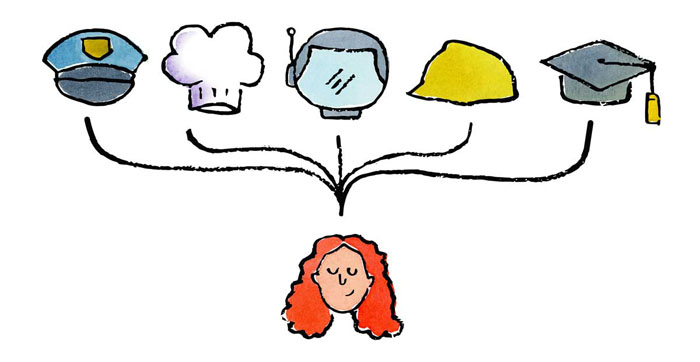 Women in Talent: These 5-Word Statements Say It All

2020 was a tough year for all of us but for women, the challenges were even greater. Here’s what some of HRs most influential women have to say about it. 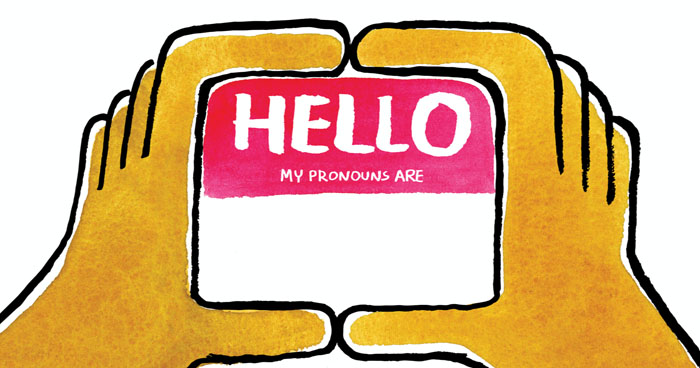 He/She/They/Ze: How Gender Pronouns Are Changing the Way We Work

This ultimate guide to gender pronouns in the workplace explains why words have an impact and how you can support employees from day one.