9 HR Horror Stories that Will Make You Shudder 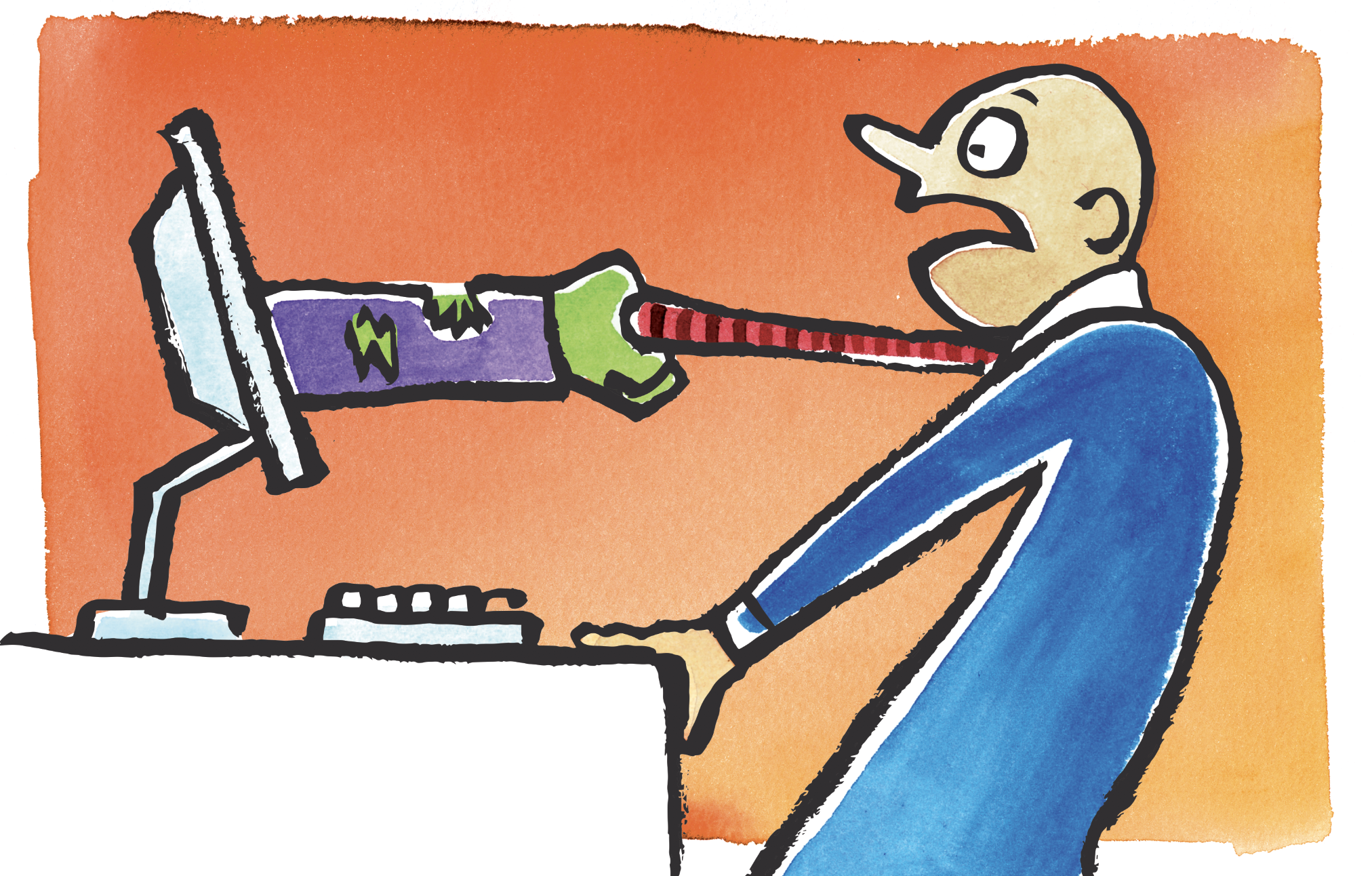 The scariest time of the year is finally here, and the ghosts and ghouls are on their way.

But not even the scariest spooks can terrify as much as some of our HR experts, who have let loose their most ghastly horror stories to chill your bones and leave you shaking in your boots.

Whether it's accidentally sending privileged info to a candidate or finding out your new hire is (gasp!) not who they said they were, talent pros have seen it all.

So, pull up a seat at the campfire for nine of the most terrifying HR horror stories around.

HR Horror Story #1—The Tale of the Ravenous Temp

Remember those terrifying zombie movies? You know, the ones where the undead come alive and eat as many juicy brains as they can lay their gruesome hands on?

Well, Greg Savage, Founder of The Savage Truth, has experienced one of those ravenous zombies in real life.

Except the zombie was a temp. And the brains were sandwiches.

It all happened after the temp was hired for a paralegal role. At 11:30am on the temp’s first day at the job, Greg received a call telling him the temp had been fired. 😵

“Our consultant was horrified. What had he done? Picked a fight? Destroyed the IT system? Propositioned the CEO? No, it was simple. And tragi-comedic. Our temp, on day one of his assignment, had strolled over to the communal fridge and calmly eaten three employees’ lunch! By 11:30!”

After confronting the bemused temp, he claimed he thought the lunches were for ‘general consumption’.

“I have heard of Temps being fired for a wide range of illegal, sexual, racist, drunken and other behavioral misdemeanors. But eating three co-workers lunch? Three? Before noon? On day 1? That is a top effort!”

This next story from HRMonline is sure to give any recruiter goosebumps.

In 2016, the words of a manager during an interview left the position empty—and his company with a federal lawsuit.

During recruitment, 67-year-old jobseeker Frank Branham was told by the interviewer that he “was not looking to hire anyone at [Branham’s] age because he had enough staff that was 40 or 50-year-old guys. He needed younger men that can be able to climb ladders and get on the roof.”

Moral of the story? Age discrimination is a criminal offense that can leave companies on the wrong side of the law and missing out on rockstar employees.

“Ghosting is more common than I had ever imagined. Recently, two candidates I recruited, phone screened and with whom I arranged phone interviews with the hiring manager, were not available as scheduled,” he told us.

“Both did not return the hiring manager’s two calls and completely avoided contact with me via email, phone and text messages. In all of my nearly 25 years of experience as a headhunter, I have never seen such a disregard for professional protocol and courtesy. I would have respected these candidates more if they just sent an email declining the hiring manager’s interview and said nothing more… It was as if he fell off the face of the earth.”

But Eric’s story doesn’t end there. The hard-hitting HR expert expects that recruiters will get their revenge... eventually.

“I always learned never to burn a bridge since this is a very small world indeed… They may learn the hard way when an employer ‘ghosts’ them [back] because the hiring manager of that company remembers their experience with them.”

For HR professionals, a silent candidate can bring horror into their every day—as Jonah Phillips, CEO of My Worksheet Maker, found out.

“I'm constantly amazed at how many people don't respond to an interview request, or don't show up to an interview they scheduled. Why take all that time to apply, and then not finish the process?” said Jonah.

And it’s not a figment of his imagination. According to a report by Marketwatch, 41% of jobseekers think it’s ‘reasonable’ to shut down communications without explanation during a recruitment process.

“Even if the applicant just got hired somewhere else, it takes less than a minute to send a polite email thanking the company for the opportunity. Why eliminate the chance of working for the company in the future?”

Honesty is usually a virtue in employees.

But for one interviewer at Hays Recruitment, they would rather their candidates left their true feelings at home.

“Honesty is definitely not the best policy at a role we recently had for a well-known banking group. The finance manager conducting first stage interviews was asking very typical questions and unfortunately one candidate we put forward was a bit too honest. When asked how they enjoyed their accounting studies they replied: ‘I hated every moment of it, dullest experience of my life.’”

If that shocked you, then prepare yourself—it gets worse.

“They also said their weaknesses were ‘laziness, according to their mom’. And possibly the worst answer you could ever give to the question of why you want to leave your current role: ‘To get away from some of the idiots I work with’. Oh dear." 🙈

You’ll be relieved to hear that not all horror stories end badly—as Sarah Corboliou, Head of Employee Success at Unito, found out.

As a straight-talking HR leader, Sarah was horrified when she realized she’d sent her raw interview notes to a candidate.

“In my ‘impressions’ I’d written that I found him pretty arrogant… So I was expecting a super bad Glassdoor review or something,” she cringed.

But lucky for her, the applicant’s response was a surprising one.

“Instead, the person replied saying ‘Well, you must be pretty embarrassed, but it’s actually refreshing to hear what recruiters really think of me for once. Would you mind jumping on a quick call to discuss how I can present myself better?’”

“So of course, I called him back, and had a super constructive discussion that ended up changing my opinion of him. Never ended up moving forward with him because he didn’t have a Canadian work permit but would have definitely invited him for an interview after that!”

HR Horror Story #7—The Revenge of the Scorned Lover

Justine Miller, an HR consultant in Philadelphia, still has nightmares about her HR horror story.

After discovering a recently appointed manager was troubled about an underperforming employee, Justine became concerned.

"[The manager] had only been in her role for three weeks, and our annual performance review cycle had been completed only one month earlier. And there had not been any recommendation for anyone on that team to undergo performance counseling. I wondered what had happened in the ensuing weeks for the situation to have apparently changed so dramatically."

No matter what she thought of, she couldn’t have predicted the reality of the situation.

“I ended up mediating a conflict between two ex-lovers. It turns out the manager and the team member had enjoyed an office romance, which had soured... Revenge was on her mind.”

Lucky for Justine, she was able to remedy the situation and it is “a horror story I have fortunately never experienced again,” she said.

HR Horror Story #8—The Text That Killed Me

We all love the ease of texting—but when it comes to HR, unprofessional communication can cause nightmares.

That was certainly the case for one manager.

According to HRtechnologynews.com, the manager was recently terminated after firing an employee via text.

The employee had told her manager, known as ‘Dawn’, that she couldn’t come to work because her child had been taken to the hospital.

“This isn’t how we do things, so I’ll accept you’re quitting,” said Dawn in her text. “If you cannot come to work that’s quitting... There is no reason you can't work and I will not tolerate drama. End of conversation... If you aren't there to work your shift tomorrow then I take that as you've quit.”

Folk Oil Company, the organization the two employees worked for, issued an apology for Dawn’s behavior and informed the public she no longer worked for them.

Our last story is a particularly scary topic given the times we live in—but we think that makes it even more important to tell.

The story begins early in the career of Jessica Miller-Merrell, Founder & Chief Innovation Officer at Workology, when she uncovered several employees working at her company under assumed names.

“The employees were ‘undocumented’, and I realized what was happening after an employee came to my office requesting to update her personal information including her social security number, full name and date of birth. My boss and the legal team didn't understand fully the employee request [at the time]. E-Verify wasn't even a consideration because it wasn't invented yet”

It turned out the employee was now a legal citizen and wanted to continue in her role, despite the situation.

“I had to have one of the hardest conversations of my HR career. I had to terminate her employment for falsifying documentation. These conversations happened with another manager present and a Spanish speaking interpreter. I cried when she left the room feeling responsible.”

Because of the small size of the organization, the incident had a huge impact on the company culture and employee morale.

“HR walks a tightrope supporting employees but also the business. It was through this work experience I fully understood the invisible cross that HR has to bear,” said Jessica.

We know it can be a scary world for HR pros, but at least you know whatever horrors come your way—you’re not alone!

Want more HR stories to show you how (not) to do it? Check out our all of our blog topics at https://breezy.hr/blog 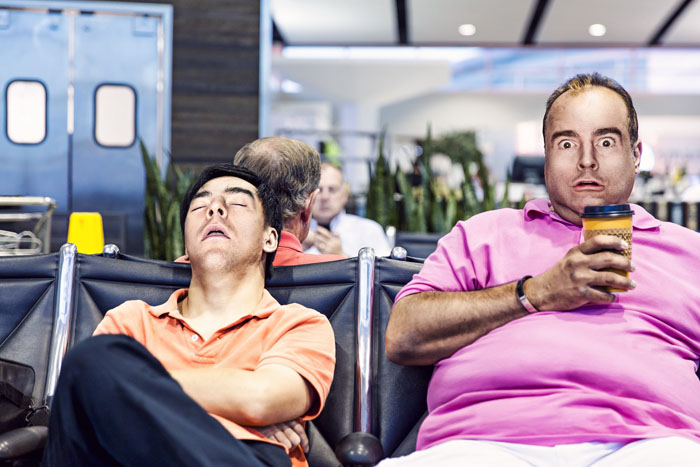 How to Optimize Your Career Page in 3 Simple Steps

Three actionable secrets to moving from the serviceable career portal you’re currently tolerating to a high-converting, landing-page-style career page that truly resonates with your visitors. 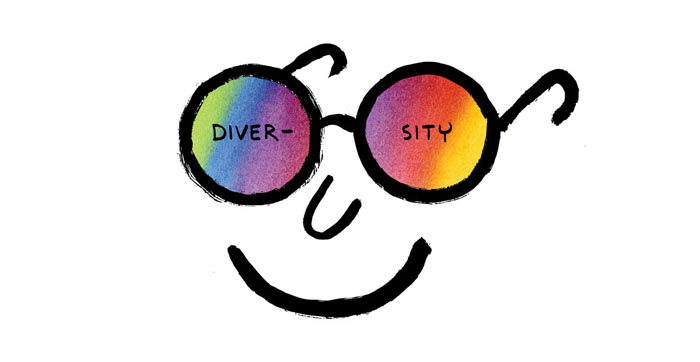 Inclusive Recruiting: Exactly What to Do After You Post Your Open Position

Great! You’ve posted a job on a job board that focuses on underrepresented minority candidates? Now what? 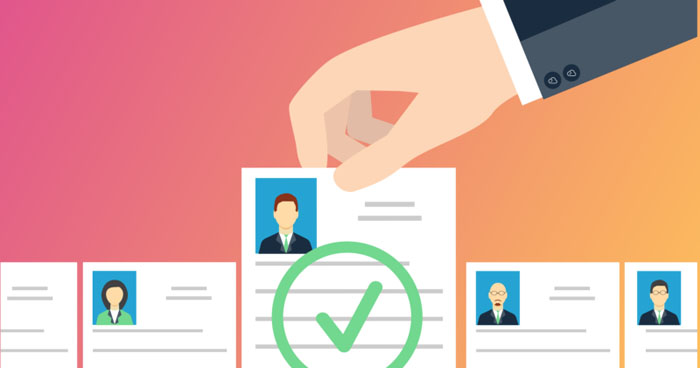 Beyond the Buzz: A Real-World Guide to Agile Recruitment

The HR world is flooded with buzzwords, but agile HR is one trend that’s here to stay. Here’s how agile recruitment looks at the ground level.