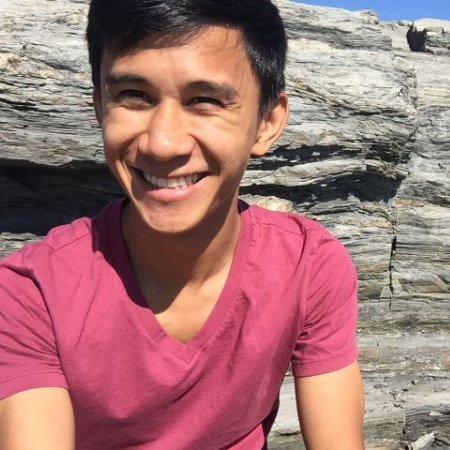 Breezy helps us build a relationship with passive candidates, so we can be their first choice when they’re ready for a change.

Sign in
Demo
Start My Free Trial
Back to Customer Stories

Toward awesome work for all teams

If you’ve adopted modern tech software in the last couple years, there’s a good chance that you’ve already interacted with the Appcues product. You know the helpful windows that pop up on your first few tours through a new product? Those friendly little bubbles of text that show you around? That’s could very well be Appcues, hard at work making sure you fall in love with your new software.

A key component of that statement is the team portion, though. Software developers have been onboarding new users for decades, and then getting roped into building other user experiences by different departments ever since – kind of like core human resources teams whose time can get consumed by different departments’ recruiting needs.

So for the past three years, Jonathan Kim and his Boston crew have been evangelizing the role of user experience a little differently. They built Appcues to ensure that any member of a team can create extraordinary user experiences … without calling on a member of the tech department.

In the same way Breezy allows department heads to manage their own recruiting, Appcues lets marketers create modals to collect user insights. Or allows customer success managers to test retention tactics. All on their own.

That kind of independent teamwork is a beautiful thing.

We believe that many of the best people aren’t looking for a job. Breezy helps us build a relationship with those people so we can be their first choice when they’re ready for a change.

A proactive approach to recruiting

Appcues looks for a special kind of awesome human. Per Jonathan Kim, Co-founder and CEO, they’re after changemakers who want to create an impact in their space … and those folks don’t always respond to traditional recruiting practices.

With Appcues’ company-wide focus on user experience and putting the customer first, the idea of hacking together a few different recruiting components to fit their recruiting needs didn’t sit well, either. Creating custom job pages, managing a separate ATS, adding on spreadsheets … “it wouldn’t have been pretty.”

So finding a solution that could handle Appcues’ proactive recruiting style was priority #1.

We wanted something that integrated with our workflow, which is equal parts inbound and outbound recruiting. We found that most systems were focused on the inbound side (job pages, application parsing, etc.) but Breezy did a good job handling both sides.

When you’re a smaller team intent on getting results, it doesn’t make a whole lot of sense to drag people into an expensive recruiting solution until you’re certain it’s the best one on the market for your needs.

An extended trial and a freemium option allowed Jonathan to test the Breezy waters before diving in.

He soon found that the Appcues team had Breezy up and running for outbound recruiting “in almost no time at all … without any customization.” A big win there came from the Breezy Chrome extension, and Breezy’s ability to work seamlessly with other systems like AngelList.

Pretty much everyone is involved in hiring in some way. Nearly everyone has submitted a scorecard and anyone who has led hiring has created a job description, managed candidates, etc.

Every teammate is an asset

Appcues is full of smart go-getters, but when it came to hiring, plenty of team members lacked experience. These weren’t folks who had spent entire days inside of an applicant tracking system before, and with no dedicated Human Resources department, the recruiting process evolved with their time inside Breezy.

Like a lot of modern companies - and young companies, in particular – Appcues turned a lack of siloed HR into a strength. They found their groove by letting each member have a say in recruiting and hiring.

While plenty of larger organizations may react to that many cooks in the kitchen with pure horror, Jonathan notes that a benefit of Breezy’s feature set is its ability to add structure to things like interviewing and discussing candidates

Appcues has built a hiring culture they’re proud of, learning from each other and optimizing their recruiting process as they go. We think that’s just right for a team who values results as well as the journey, cherishing each unique experience as it comes.

Martin Marlatto and Alejandro Stábile are responsible for hiring an army of remote-working tech pros to help skyrocket MAvha’s (and their clients') growth.