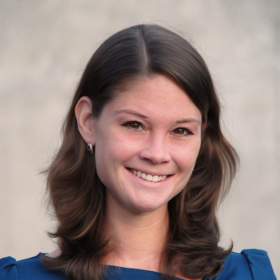 I wanted a really simple recruiting tool, but one which had a very modern approach to applicant tracking … Breezy is that tool.

Sign in
Demo
Start My Free Trial
Back to Customer Stories

Let's get real up front here: Most of us probably don't understand exactly what Anna Low and her team at Giant Swarm do, but we can understand that they need a pool of highly skilled, qualified applicants to continue to do it.

So here goes … Giant Swarm simplifies the management of agile, resilient, and secure distributed systems at scale. Not so hard, right? 😉

Giant Swarm has to deliver on giant demand

The Giant Swarm story begins the way plenty of targeted, audience-specific technologies do – with a team inside a company that saw an industry need, and built something awesome to support it. After they’d built that ‘awesome something’ in 2013, they showed it to their friends.

In April 2014, Timo Derstappen, Henning Lange and Oliver Thylmann founded Giant Swarm and Anna came on board to head up People Ops. By 2015, a rush of new clients was leading to a rush to hire more developers. Specifically, they needed integer golang developers with at least 5 years of working experience and a strong SRE background … so intermittent posting on Indeed was not the kind recruiting solution they were looking for.

People we are hiring are expecting a professional process at all levels – from the company page, to the application, through the interview and hiring. The recruiting tool we chose needed to meet that expectation.

When Anna began her search for the next great bunch of teammates, she stuck with email as her recruiting tool.

It worked pretty well when she had a limited number of applications to run through … email potential candidates, email her colleagues their resumes, email for feedback conversations, email to schedule the candidate interviews, more feedback email, another email to the candidate.

Email recruiting was becoming unmanageable. Handling more than 1,300 applications within a year? This would not have been possible without Breezy.

When most of us begin the hunt for workplace tech, we create a list of necessary features and a budget. For Giant Swarm, where “always question the status quo” is part of their Company Culture, Anna instead set out to find a recruiting tool that was going to be open incorporating her needs … first and foremost. As she says, “I wanted a recruiting tool in a very early stage, where my feedback would be appreciated.”

Breezy’s active support team and history of churning out weekly updates to incorporate customer requests hit the spot. Next up? A tool even her developers would appreciate.

Because when your team doesn’t love your recruiting and applicant tracking software, it no longer matters how much you might.

After plenty of conversation with Breezy’s founder and CEO, Darren Bounds, the developers at Giant Swarm were pleased to find us just as committed to their smooth experience with Breezy as they’ve always been to their customers’. Anna says Breezy only had one more box to tick on her small but mighty list of recruiting software qualifications:

“I wanted a really simple recruiting tool, but one which had a very modern approach to applicant tracking … Breezy is that tool.”

Our recruiting tool had to be made by real developers, as I rely on the commitment to the tool by my developer colleagues … they sometimes have a different perspective from mine as an HR person.

Appcues knows that the best candidates aren’t always looking for a new opportunity, so they needed recruiting software that helped them proactively source and recruit passive talent.